$6,000 Pharrell x Adidas sneakers stolen from Irvine man who listed them on Craigslist 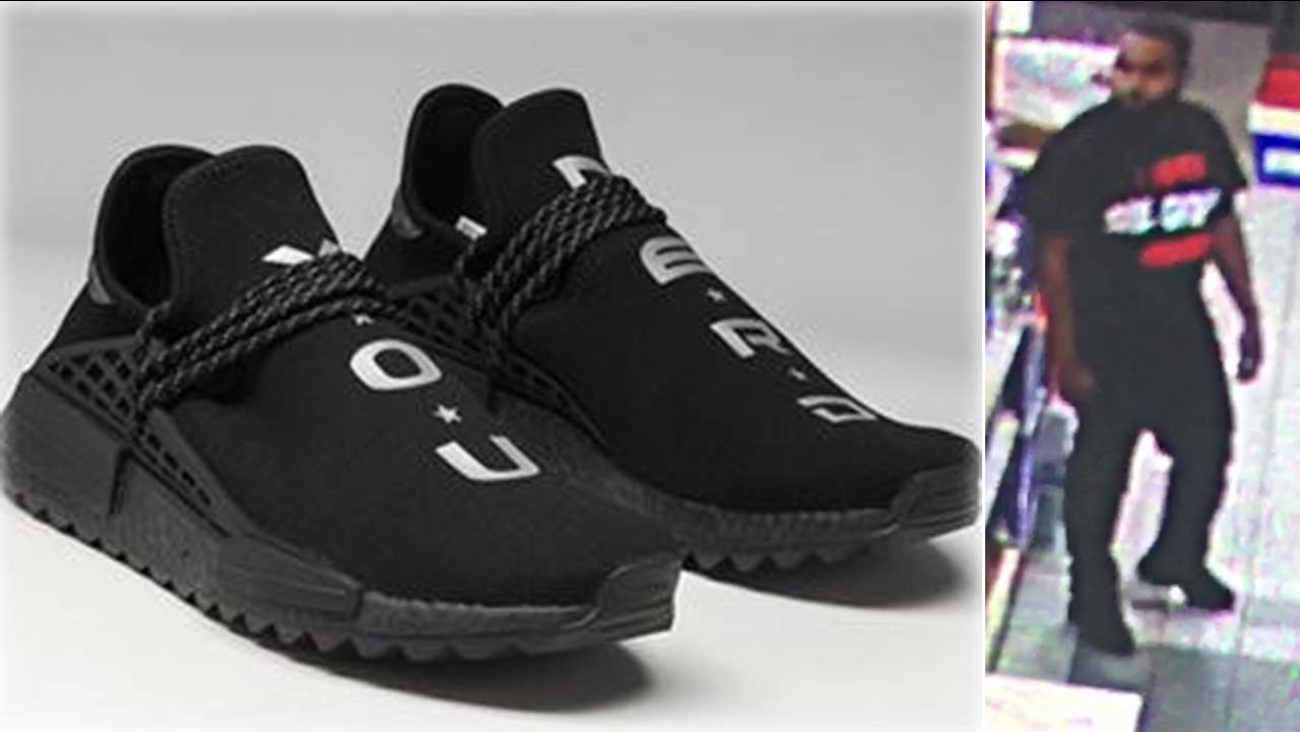 A pair of limited edition sneakers, seen left, were stolen during what was supposed to be a Craigslist transaction in Irvine. A suspect, right, was captured on surveillance video.

IRVINE, Calif. (KFSN) -- A search is on for two thieves who stole a pair of limited edition Adidas sneakers worth $6,000 from an Irvine man who was trying to sell them on Craigslist.

The victim posted an ad seeking a buyer for the pricey kicks, which are designed by singer Pharrell Williams.

The black sneakers are emblazoned with the word "YOU" on one and "NERD" on the other in reflective silver lettering.

We're looking for two suspects accused of robbing an Irvine resident of this pair of sneakers, valued at $6,000. One suspect was armed. @HYPEBEAST pic.twitter.com/Xjy4NihDzI

The victim received a response from someone who agreed to buy the shoes for $6,000, Irvine police said. Similar shoes are selling for up to $9,000.

According to authorities, the victim and the suspect met on Tuesday at the Irvine Market at 2540 Main Street. Upon meeting, the victim followed the suspect to his car to complete the transaction.

When the victim entered the backseat of the suspect's white BMW 3 Series, he was met by a second suspect, who produced a black semi-automatic handgun and pointed it at him.

Investigators said the victim was ordered to get out of the car -- and to leave the shoes behind. The suspects took off with the shoes as well as the victim's cellphone.

The first suspect was caught on surveillance video inside Irvine Market. He was described as an African-American male in his 30s, standing at approximately 5 feet 9 inches tall and weighing around 185 pounds.

When the first suspect communicated with the victim, he identified himself as "Shorty."

The second suspect, who produced the handgun inside the BMW, was described as an African-American male with dreadlocks.

If you have any information about this incident, you're urged to contact the Detective Leticia Hernandez at (949) 724-7245.
Report a correction or typo
Related topics:
irvineorange countyrobberycraigslistshoesarmed robberygunssurveillance video
Copyright © 2020 KFSN-TV. All Rights Reserved.
More Videos
From CNN Newsource affiliates
TOP STORIES