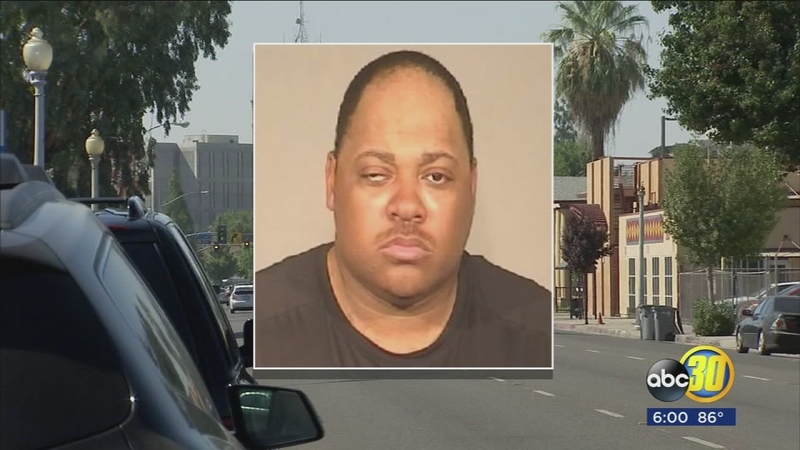 FRESNO, Calif. (KFSN) -- A convicted rapist caught working security at a Fresno rape counseling center got the job because the state let him slip through the cracks in its background checks.

"This is a total failure of the system," said private detective Rocky Pipkin. "This guy should've been caught."

Damon Rodgers went through the same background checks as people who work in schools or churches -- the gatekeepers that are supposed to protect our children and us. But as we discovered, there are holes in the gates.

Rodgers brought a gun to his job as a security guard at rape counseling services in downtown Fresno.

He also brought a gun to at least one of three rapes he committed in 1997.

So when police caught the illegally armed felon in July, prosecutors say it caused big trouble for the people trying to help rape victims.

"Every single person who suffered from sexual assault is a victim," said deputy district attorney Jamie Kalebjian. "What I learned from the director of the rape counseling center is that there could potentially be a chilling effect."

Rodgers admitted his crime quickly and took his punishment.

His defense attorney says he got the job to support his family and he never misled anyone to get it.

"In fact, he had to go through a fingerprint process with the (California Department of Justice) and the FBI," said public defender Maribel Romo. "His fingerprints are part of the database being a prior convicted felon."

We dug even deeper to follow the twisted trail that got him from prison to a job guarding victims of his very crime. Our public records request uncovered his application for a license to work in security.

When asked whether he'd ever committed a crime, Rodgers checked the box for 'yes.' He gave his real social security number and birthdate and submitted to fingerprinting.

But in January 2016, the state Bureau of Security and Investigative Services issued him a guard card.

Neither BSIS nor the state DoJ has returned our repeated emails and phone calls to find out how they let it happen.

"Either somebody made a mistake or failed to do their due diligence, or the computer failed," said Pipkin.

He conducts background checks for businesses and says a felony conviction should be an easy red flag for the state.

But with his guard card in hand, Rodgers got hired by three security agencies. Stone Protection Services sent him to the counseling center.

His boss there tells us he checked Rodgers' license online. It was all clear, and he trusted the state background check to weed out bad apples.

Eight months after Rodgers got the guard card, the state also gave him a baton permit, allowing him to work with a weapon in hand.

It wasn't until January 2017, a year after initially clearing him -- that they filed to revoke his license. And when we reported on Rodgers' arrest months later, his license was still active.

Three weeks after our report, they actually revoked it.

Pipkin says all of us should be concerned about dangerous people slipping through the cracks.

"This is not an isolated incident," he said. "I would say because this is a total failure of the system. This guy should've been caught."

Stone Protection Services now pays another company to do extra background checks on its guards.