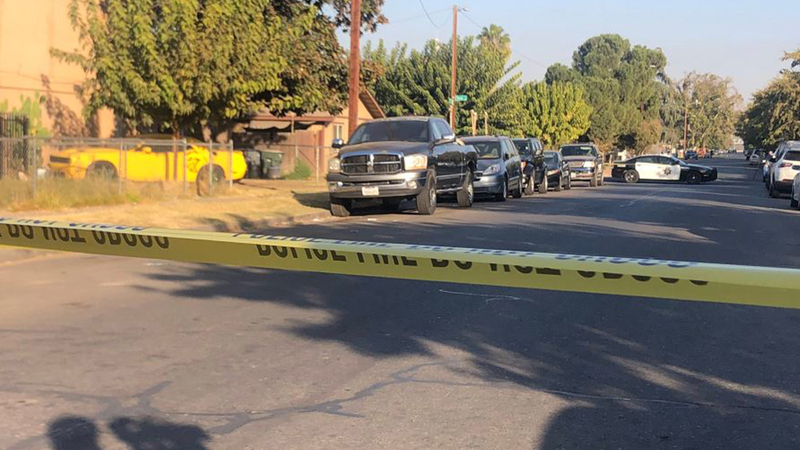 FRESNO, Calif. (KFSN) -- Fresno Police are searching for the suspect who shot two people in their vehicle in central Fresno.

It happened in the area of Tyler Avenue and Fisher Street near First Street around 4 p.m.

Officers say the suspect opened fire from another vehicle. Neighbors tell Action News they heard about four to five shots. One victim, a man in his 30s, was grazed in the stomach, and the other was not injured.

Police do not believe the shooting was gang-related. Anyone with information is asked to contact the Fresno Police Department.

#UPDATE Fresno Police say the two victims were shot at by a suspects in another car. One victim was grazed in the abdomen. The other is okay. Suspect is still outstanding. At least 4-5 shots were fired. Does NOT seem to be gang related. Victim is in his 30’s. @ABC30

Fresno police appear to be looking at this car. Window seems to have been broken , and there’s glass on the ground. @ABC30 pic.twitter.com/ctrUCQ1J3r

Active scene on Tyler and Fisher. Neighbors tell me they believe it was a shooting, and heard at least 4 rounds. Waiting for an officer to confirm information that it was a shooting. We did see someone taken from scene and put in an ambulance. @ABC30 pic.twitter.com/tmnTHgEiVi