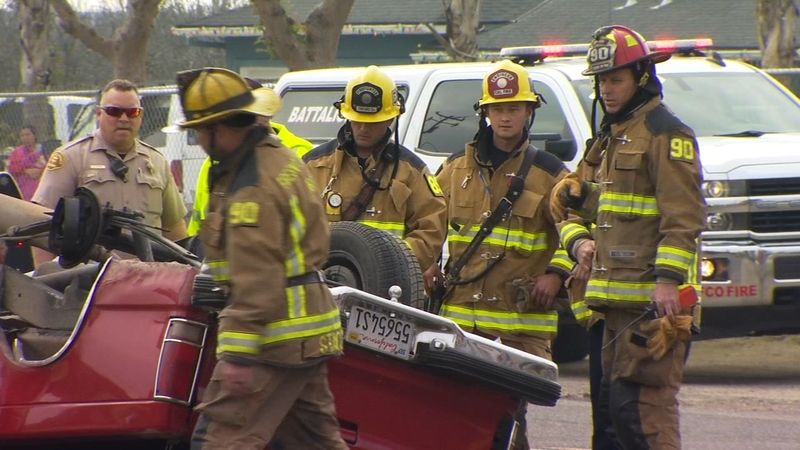 FRESNO, Calif. (KFSN) -- California Highway Patrol officers say one person has died and four others were injured in a two-vehicle crash near Caruthers Friday afternoon.

The man in a truck who ran a stop sign at Nebraska and Elm has been identified as Hector Cortes, 39, of Fresno.

Investigators say the car he hit contained a pregnant woman in the passenger seat. She was 29 weeks pregnant and went to the hospital for an emergency C-Section, but the baby ultimately died.

It happened just at around 11:40 a.m. in the area of Nebraska and Elm Avenues west of Highway 41.

Both vehicles appeared to be upside down.

Offficers say four other people were transported to the hospital but their conditions were not released.

The cause of the collision is under investigation, but officials say alcohol may have been a factor.

Avoid the area of Nebraska Ave at Elm Ave for the next hour due to a fatal collision investigation. pic.twitter.com/U4B5xgD4oY