KFSN
By Dale Yurong
FRESNO, Calif. (KFSN) -- Zack Greenlee, 20, and 21-year-old Brandon Hughes were arrested at an off-campus party September 20th. Greenlee for disorderly conduct and drinking in public. Hughes for obstructing a public officer. But Fresno State never issued a statement on their status until almost a week later - just before kickoff.

Coach Tim DeRuyter had no regrets how the situation was handled.

"I regret our players made decisions that put us in that situation," said DeRuyter. "There's gotta be consequences to dumb decisions. I know people want to hear about what we're going to do. We keep a lot of information internally."

Fresno State's vaguely worded announcement simply said the players "will serve their discipline" during Saturday's game. An athletic department official told me the lack of specifics was the coaches' decision.

DeRuyter added, "I don't know if it helps to let our opponents know exactly what we're going to do but our team knew the whole time."

DeRuyter said players were told back on Monday about the disciplinary action taken with Greenlee.

"We knew Zach was not going to play," said DeRuyter. "It was not a distraction for us other than the fact that our team knew we had two starters do something stupid and our team was going to suffer."

Looking back at Kobe Bryant's Oscar win for 'Dear Basketball' 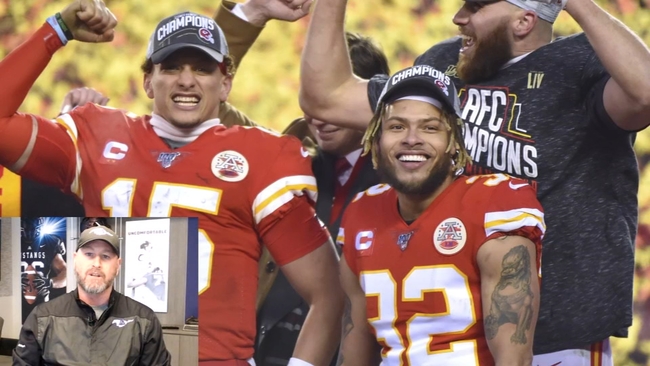 QB&A with Trent Dilfer: Super Bowl is 'not a good matchup for the Chiefs'