California unemployment: EDD mistakenly cuts off man's benefits, accuses him of being in jail

"I'm not incarcerated. I have never been incarcerated."
KGO
By Michael Finney and Renee Koury
EMBED <>More Videos

EDD cuts off man's benefits, accuses him of being in jail

UKIAH, Calif. -- The EDD has been denounced for paying billions of dollars in fraudulent claims. That includes more than $800 million paid to jail inmates running a scam from behind bars.

Now as it tries to block those payments, EDD has mistakenly accused honest workers of being in jail -- and cut off their benefits.

Law-abiding workers have been collecting unemployment for months. Suddenly, the EDD is telling some of them they can't have benefits after all, because they are in jail. But they are not -- and in these cases, they never have been.

"It's pretty crazy because we've both been here together for the past 10 months," said Jeanette Johnson of Ukiah.

Jeanette and John Johnson both lost their jobs in the pandemic and were collecting unemployment all along -- then suddenly in December, the EDD cut off John's benefits, telling him he was not eligible after all.

"I got the letter saying I'm disqualified because I'm incarcerated," said John.

The EDD sent him a notice in December saying: "You are not eligible to receive benefits... because you were incarcerated or detained" beginning last March. Two more notices said he was in jail all year long and remains there to this day.

The Johnsons live on 27 acres in Ukiah. They say their only incarceration during the pandemic has been sheltering in place, like the rest of California.

RELATED: EDD failed to implement anti-fraud measures until it was too late, says state auditor

"When you're stuck in the house, some people think of it as incarceration," said Jeanette.

John says he and Jeanette have been busy all this time working on their vast brush-choked property.

"I put in new tanks and plumbing, and took down a big tree that was shading our solar panels," John said.

"It takes a lot of upkeep," said Jeanette. "We got a lot of brush cleared to make it more fire safe. Worked on the vegetable garden, the spring water system..."

John can prove he wasn't in jail. He volunteers on the local Turtle Creek Fire Brigade. He shows a photo of him putting out a fire last August -- when he was supposedly incarcerated.

CA EDD admits that as much as $31 billion in unemployment funds were stolen from California taxpayers in 2020, nearly four times more than previously estimated.

John also submitted his identification to EDD, saying he's never been incarcerated, arrested or charged with any crime. But so far, no response.

And no benefits. EDD cut him off in early December. Moreover, the notices say he's been in jail since March, and was ineligible for benefits he's already received. So far it's unclear if EDD is going to ask for that money back.

"'Claim cannot be paid, that's the only response I received," he said.

The same thing happened to David Wallace, who moved from Stockton to Reno after he lost his care-giver job in the pandemic. "Basically since the time my claim has been active, they're saying I'm in jail," said Wallace.

"Never been in jail. I've been spending time with my grandkids who live around the street corner from me," he said.

Wallace took pictures of his grandkids at Christmas and Halloween. And he gave EDD a document showing he was at Washoe County Health District getting tested for COVID-19 back in July -- all while he was supposedly in jail.

He received no response from EDD either.

"I'm a military veteran, fingerprints on file, held secret clearances, all kinds of stuff. How can you make this mistake?" Wallace asked.

Wallace and John Johnson both say their common names may have led to a mix-up. The notices have their full Social Security numbers, but only the initials of their first and middle names.

We asked EDD if it cross-checked their claims against jail records -- or how this mistake happened. Did someone steal their identity? Or did EDD simply match names with inmates?

EDD told us it was working on a response.

But for now Johnson and Wallace face hardship -- and worry the EDD may ask for all that money back.

"I'm using food banks to get by," said Wallace.

"We haven't done anything wrong and we shouldn't be punished for it," said Jeanette Johnson.

Both Wallace and Johnson have appeals pending at the EDD, but those could take months to resolve. We'll keep asking EDD why it's putting them through all this -- seems easy enough to check the records.
Report a correction or typo
Related topics:
societycaliforniacoronavirus californiamoneyunemployment californiataxesjailunemploymentjobsprison
Copyright © 2021 KGO-TV. All Rights Reserved.
RELATED 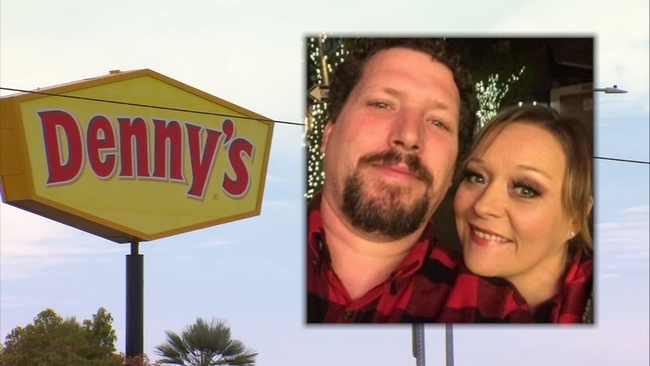