SAN FRANCISCO -- For months, California political and public health leaders claimed equity is a top priority, but for weeks the state didn't have data to prove it. That's changed.

After repeated attempts from the ABC7 I-Team and other state publications, the California Department of Public Health released a preliminary picture of the nearly 6 million people vaccinated across the state.

"It does give us a sense of what we've been seeing all along since the beginning of the pandemic," said Dr. Yvonne Maldonado, infectious disease physician and voting member on the CDC's vaccine advisory committee.

Every vaccine administered is submitted by providers and health care systems into a statewide immunization registry. As of Monday night, the state released the following demographics: 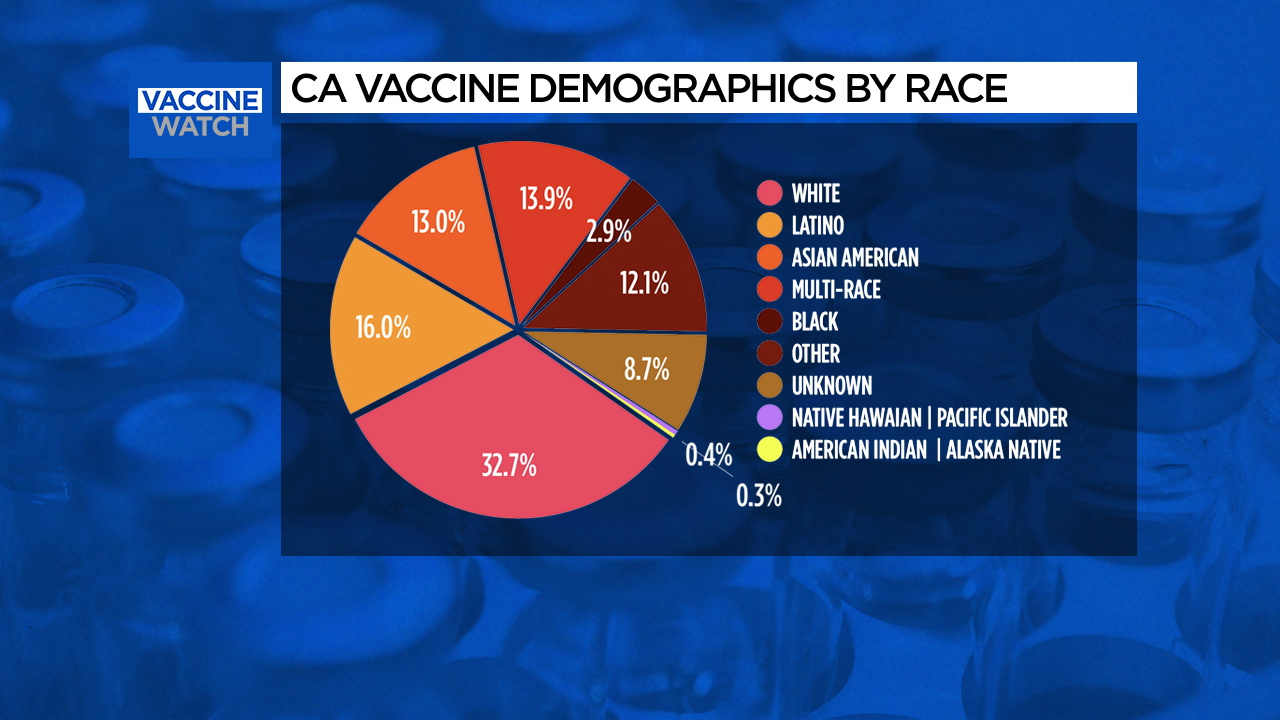 This graphic breaks down preliminary data showing the California vaccine demographics by race.

"The distribution of vaccine so far by race and ethnicity are about right for white and Asian populations," Maldonado said. "But, lower proportionately for Latino, Black, Native American, and Alaskan native populations."

Maldonado stressed we need more information before drawing any immediate conclusions. Given the state's reporting lag, a majority of this data is reflective of the state's health care workforce and long-term care communities eligible under Phase 1A - along with individuals 65 and older.

RELATED: California uses ZIP codes, outreach to boost vaccine equity
Now that vaccinations include the more than 6 million Californians aged 65 and older, the picture is widening. However, public health officials argue until the general population is eligible, we won't have detailed perspectives on race.

Starting March 15, healthcare providers will be able to vaccinate anyone ages 16 to 64 who are deemed most at risk with underlying health conditions. At that point and when the state moves to vaccinate the essential workforce, vaccination data on race and ethnicity will become clearer.

"Once that happens, it will become apparent on whether we are doing a good or bad job of reaching non-Whites," said Matyas.

Public health officials warn it may be many months until that happens as the state continues to struggle with an extensive backlog believed to be the result of outdated data reporting systems.