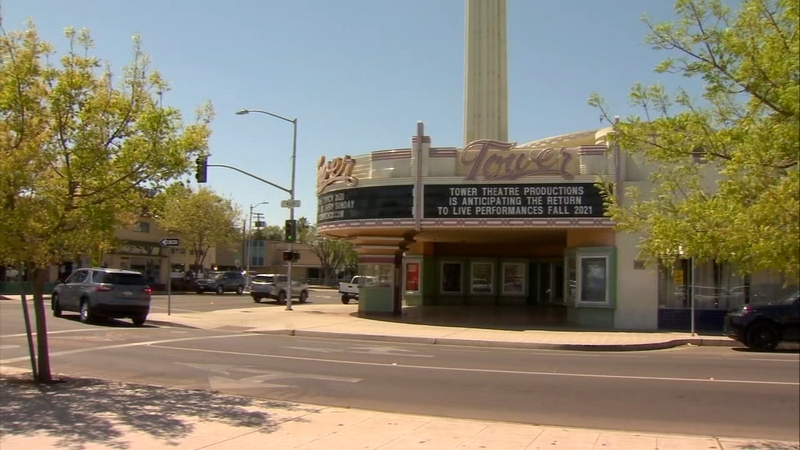 FRESNO, Calif. (KFSN) -- The City of Fresno may soon jump into the fray in the fight over the sale of the Tower Theatre to Adventure Church because the longer it goes, the more it costs taxpayers.

The latest legal filing casts doubt on whether Adventure Church can reach the finish line in its deal to buy Tower Theatre.

An attorney for the theater's owner argued the whole lawsuit is now essentially moot because an escrow deadline of March 31 has passed and once escrow is terminated, the owners will take it off the market and consider the next steps.

But opponents of the deal don't believe it's time to celebrate.

"We don't know what's going to happen next," said Jaguar Bennett of Save the Tower Theatre Demonstrations Committee. "It's not entirely clear just from that filing that this deal is absolutely off."

Bennett has organized weekly protests outside the theater. He says a church taking over the iconic tower damages the area's character and its bottom line.

Tower residents say the theater is the centerpiece to the artistic heart of Fresno, which is something everyone in the city should care about.

"This is not just a local neighborhood fight," Bennett said. "This is something that's essential to the economic well-being of Fresno as a whole. The Tower District is one of Fresno's premier tourist attractions."

Their protests against the sale also draw counterprotesters, including members of the far right extremist group the Proud Boys.

Fresno police have assigned several officers to the area every Sunday for weeks now, which is one reason the city might get involved.

So far, they've stayed on the sidelines while Sequoia Brewing and the theater's owners argued over whether Sequoia should be able to buy its portion before any sale to the church.

But city council privately discussed Thursday whether to write a letter to the appeals court urging a resolution because of the cost of providing police.

Pastors at Adventure Church have not returned calls and emails about the latest legal developments.

The attorney for the theater's owner said he could not comment when Action News asked him to clarify whether the deal is off.

He's still fighting in an appeals court against Sequoia's request to block the sale.