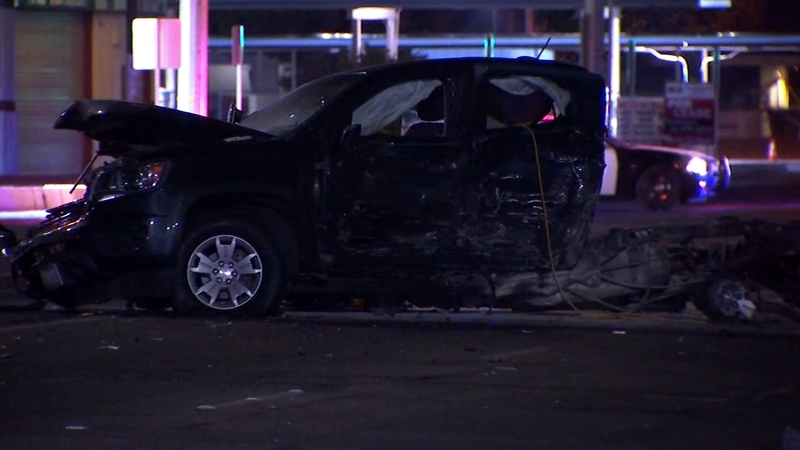 Police say the driver of the Honda was headed west on Walnut when she ran a red light and t-boned the truck, which was going south on Mooney.

"There was a witness who saw the collision occur," Sgt. Mike Verissimo said. "Speed was a factor, as well as the fact that the driver of the Honda ran the red light and struck the Colorado."

Visalia Police say they've responded to nearly 40 crashes at Mooney and Walnut, one of the city's busiest intersections, since 2017, including ten in 2020.

The last fatal crash there happened in 2019.

Sgt. Verissimo says Wednesday's deadly wreck could have been avoided.

"That could have been any of us, so we ask everybody to slow down, obey all traffic signs and signals, stop at red lights, and that way everybody can go home at the end of the day," he said.

Police do not believe the driver of the Honda was under the influence of drugs or alcohol at the time.

She has not been arrested or cited yet, and the crash is still under investigation.