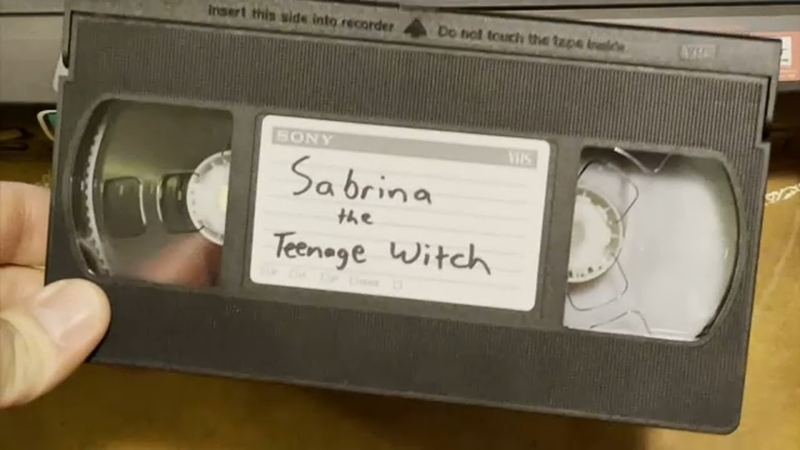 Woman charged with felony for not returning VHS 21 years ago

OKLAHOMA CITY, Okla. -- A VHS movie rented more than 20 years ago has come back to haunt a woman in Texas.

The problem is, she never returned the tape she allegedly rented in Oklahoma and now it's landed her in some serious legal trouble.

"The first thing she told me was felony embezzlement, so, I thought I was gonna have a heart attack," said Caron McBride, who is now facing more than just late fee charges.

It was a moment of disbelief for McBride as she was talking to the Cleveland County District Attorney's Office this week after she learned she is a wanted felon for never returning "Sabrina The Teenage Witch" on VHS 21 years ago, which she said she never rented.

"I had lived with a young man, this was over 20 years ago. He had two kids -- daughters that were 8, 10 or 11 years old, and I'm thinking he went and got it and didn't take it back or something," McBride said. "I don't know, I have never watched that show in my entire life, just not my cup of tea."

Online documents show McBride was charged with felony embezzlement of rented property in March of 2000, but never knew about the charges until recently when she was trying to change her name on her license after getting married.

"They told me that I had an issue in Oklahoma and this was the reference number, for me to call this number and I did," McBride said. "Meanwhile, I'm a wanted felon for a VHS tape."

Documents show the movie was rented at Movie Place in Norman, Oklahoma, which closed in 2008.

Ed Blau with Blau Law Firm told KOKH Tuesday that even though there's technically no victim in the case, because the charges were filed and a warrant was issued against McBride, Cleveland County could still prosecute the case.

"I mean, I didn't try to deceive anyone over Samantha (Sabrina) the Teenage Witch. I swear," McBride said.

McBride said over the last 20 years, she's been let go from several jobs without being given a reason why, and said it now all makes sense.

"This is why. Because when they ran my criminal background check, all they're seeing is those two words: felony embezzlement," McBride said.