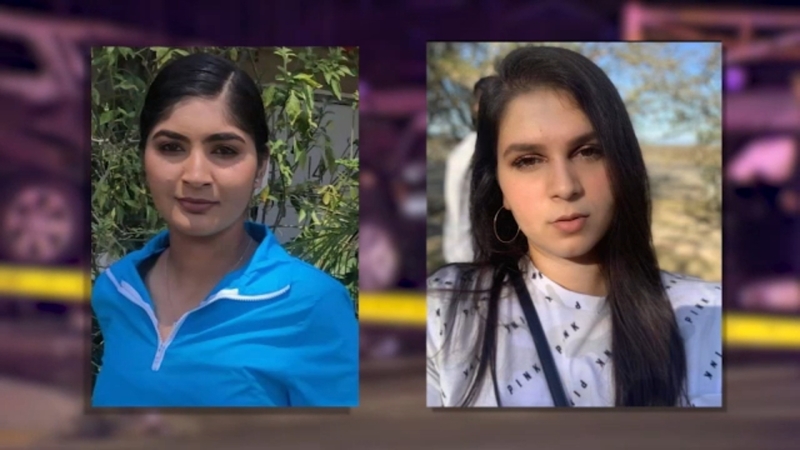 FRESNO, Calif. (KFSN) -- 28-year-old Simranjit Kaur was working on getting her master's degree while her cousin, Navneet Kaur, was a hardworking 20-year-old who dreamed of one day becoming a police officer.

But both their dreams came to a devastating end when they were killed in a fiery crash in east central Fresno in March by a suspect who authorities say was trying to escape a Fresno County sheriff's deputy.

"She didn't deserve this, neither did. It wasn't supposed to happen if he pulled over," says Simranjit's brother Ricky Multani.

Gary Singh says Navneet and her mother had both been working at his Subway shop off Shaw for at least 8 months.

He says she made everyone feel like family and that she and her mother shared a unique bond.

"The mom and daughter had this connection I've never seen. They were best friends. Every customer that came in, she'd ask about the day and took her time to get to know somebody," he says.

Singh says on the day of the accident, Navneet and her parents went with Simranjit to drive by Fresno City College because she had an exam scheduled at the campus the following day.

The suspect, Francisco Portillo, ran a red light and hit several cars at McKinley Avenue and Cedar Avenue, causing the multi-car crash and killing the cousins as well as a 54-year-old in another car.

Navneet's mother and father were in the back seat and survived, but are still suffering from burn injuries.

"He took our dreams and our family," says Multani.

Simranjit, who brothers say was nicknamed Roopi, says she was the first in the family to graduate and always put others, especially her family, first.