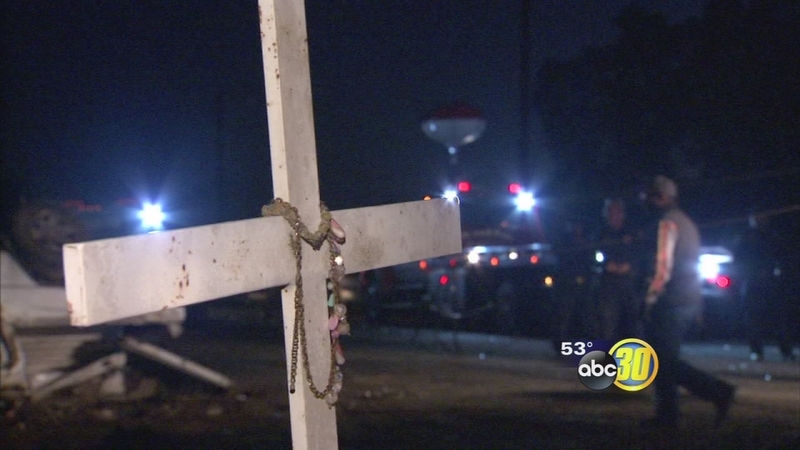 RIVERDALE, Calif. (KFSN) -- A high-speed chase ended with a deadly crash. Two people were killed, two people were injured, and a 19-year-old man could be facing criminal charges.

At 22nd and Grangeville in Kings County, there are constant reminders -- crosses with the names of people who have died in the intersection and Tuesday morning's crash added two more. Rosa Gonzalez who lives nearby said, "There's been accidents constantly, just constantly, if it's not the yard next door, it's the intersection," Gonzalez said.

The crash happened at the end of a high-speed pursuit. According to CHP, a 19-year-old man named Mitchell Kauffman was in a stolen truck, on the run from Fresno. Officers backed off in Riverdale but a helicopter continued the pursuit. Moments later, investigators say the truck ran a stop sign and collided with a pickup truck and a BMW, killing two people. Among them, a 51-year-old man from Corcoran and a passenger in the stolen truck who was 20-years-old.

Kauffman and the driver of the BMW, a sailor from NAS Lemoore, were pulled from the wreckage and flown to the hospital. CHP officer Adam Barresi says both are in critical condition. "All of this was perpetuated by the errant vehicle...he just had to simply stop and this would have never happened," Barresi said.

Two lives lost at an intersection with a history of tragedy, already lined with crosses. 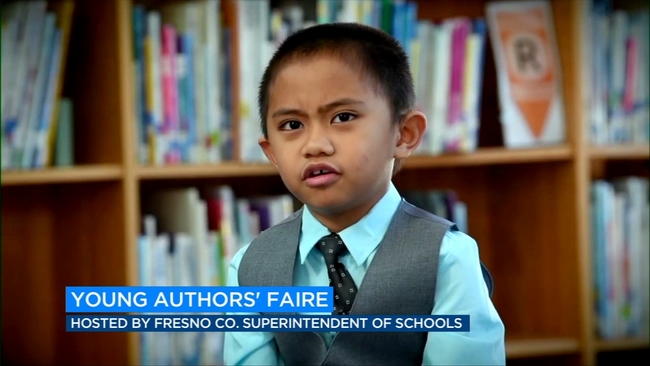