It's the 'most elaborate' illegal marijuana grow detectives have ever seen, the sheriff's office said.
KFSN
By Corin Hoggard 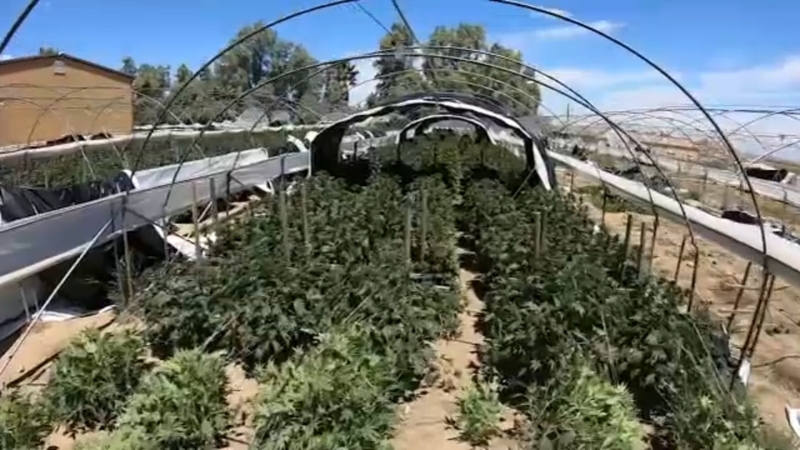 The pot grow was on a large property near Mendota and even though it's mostly gone, the smell that led deputies there is still thick in the air.

Sheriff's deputies on a routine flight between a pair of known marijuana grows sniffed out a third, much larger and more sophisticated operation. 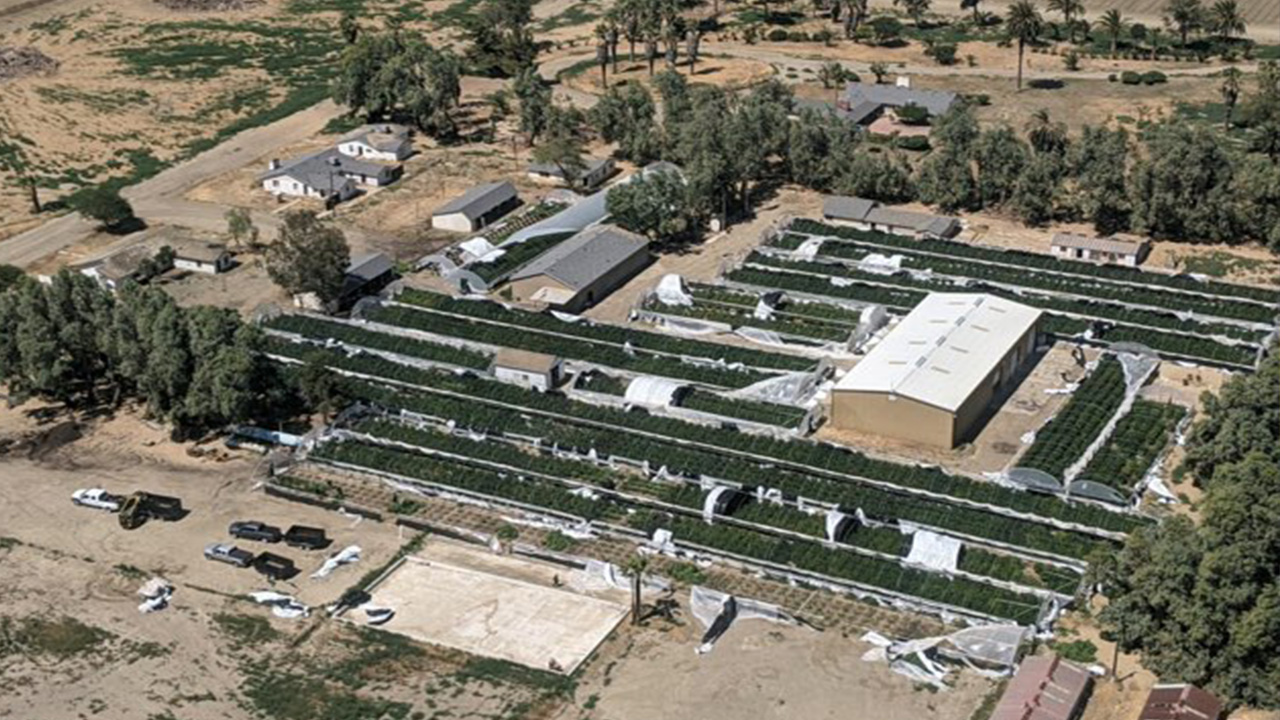 It's the "most elaborate" illegal marijuana grow detectives have ever seen, the sheriff's office said.

"We were about 1,100 feet (elevation) and about two miles away and we smelled it in the aircraft," said a sheriff's sergeant.

The deputies are undercover so we aren't naming him and can't show their faces, but their noses led them to an estimated 50,000 pot plants.

Deputies spent all day Friday tearing down the plants growing in 18 greenhouses and hauling them away.

Big marijuana bust.
One of the biggest I’ve seen. pic.twitter.com/cNM6dPYXED

They filled a truck trailer with the marijuana from just about one-half of one of those greenhouses, so they'll need to make several trips to an unidentified disposal site to get rid of all of it.

People can grow marijuana in California, but not outdoors and not more than 12 plants, except in cities offering manufacturing permits.

The street value for this much marijuana could be as high as $80 million, but deputies say nobody was on the property when they raided it.

They believe 10 to 15 people were living in this former farm camp and there was a roving patrol.

Deputies also found a shotgun and a handgun in one of the small homes on the property.

And they're piecing together a criminal case.

"We did get a lot of evidence from the searches of the buildings, the structures here," said the sergeant.

Detectives tell us a new owner took over the property in October and they'll reach out to that person.

But there's no penalty for the landowner unless deputies can prove that person was involved in the actual cultivation.