Creek Fire cause formally categorized as 'undetermined' after months-long investigation

The Creek Fire is the largest single fire in California's recorded history.
KFSN
By Jessica Harrington and ABC30.Com Staff 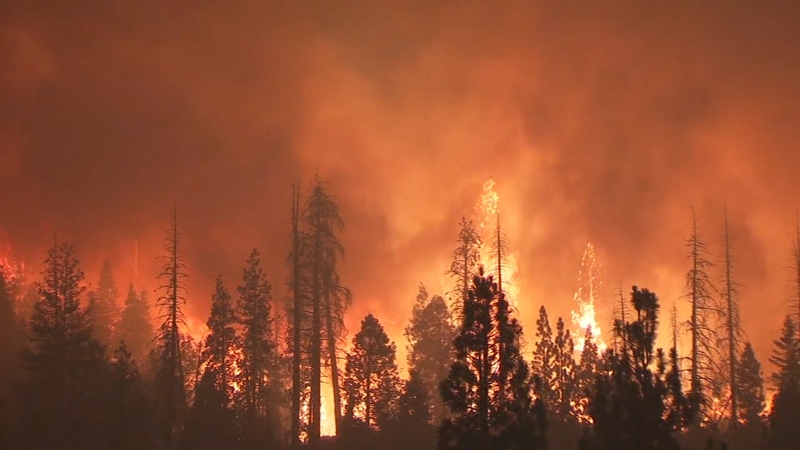 FRESNO, Calif. (KFSN) -- It was the largest single fire in California history and Friday, the U.S. Forest Service has officially closed its investigation into the cause of the Creek Fire.

However, the results are leaving many with more questions than answers.

"Well, it's not uncommon in an investigation like this to where you might not find or pinpoint an exact cause," said Alex Olow with the U.S. Forest Service.

More than 10 months after the fire started, and more than seven months after it was officially contained, investigators have concluded the cause of the Creek Fire as 'undetermined'.

Those results came after months of work from forest service investigators and working to rule out several possible causes.

"I really don't know how to react at this time," said Jeannie Ingels.

She lost her family cabin to the blaze, but what was really lost was the tribute that was inside for Army PFC Raymond Mendoza, Ingels' son.

Officials announced Friday that the Creek Fire likely started as a lightning strike, but investigators were unable to rule out other potential causes such as arson or smoking tobacco.

"I know that this probably isn't what people were expecting but this is the conclusion that was determined," said Olow.

The U.S. Forest Service was able to exclude some causes such as power lines, fireworks, activities by children and firearm use.

They said there was also no illegal marijuana grow sites nearby.

Fresno County Supervisor Nathan Magsig said having some of the answers helps rule out some potential causes, but it doesn't necessarily help those who lost everything.

"A lot of people who have lost everything, at no fault of their own, really they want some closure on the Creek Fire and I will say, unfortunately, this report isn't going to give that necessary closure," Magsig said.

Magsig says the county is prioritizing applications from victims of the Creek Fire to help them rebuild.

Even with the prioritization, people like Ingels are still facing hardships 10 months later.

She's replaced her water well and has plans for a new septic system, but her property is still without electricity.

The price to rebuild has also skyrocketed, which has forced her to adjust her plans multiple times.

Regardless, she said she's focused on making sure her fallen soldier's memory lives on.

"All I want to do is to rebuild Ray's legacy so that he won't be forgotten," said Ingels. "So that my kids, and my grandkids and my great-grandkids can go to that property, see his statue and his things that tell his story."

The U.S. Forest Service said this classification is not that uncommon.

If new evidence emerges, the investigation will likely be reopened, but until then, the case is officially closed.