Fresno Fire teamed up with the police to crack down on illegal fireworks that explode or leave the ground.
KFSN
By Linda Ha 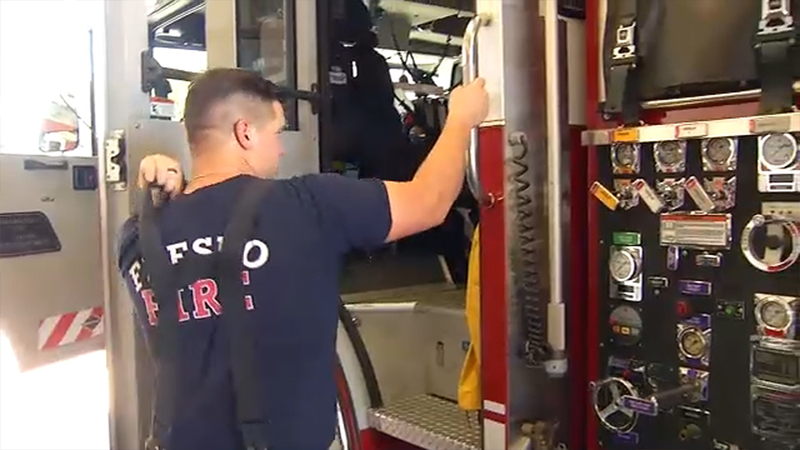 That's how long it takes when a call first comes in for firefighters to gear up and rush to a fire or a person in distress.

As the sun set on this Fourth of July, "Absolute chaos," said Fresno firefighter Rob Lee.

"We never know what we're going to face when we come to work. But especially on the Fourth of July, you just know it's going to be busy."

"We have some arson investigators working with the joint task force with the police department out trying to track down a lot of these aerial fireworks. Keep citations and confiscate fireworks if possible combustible nearby, you know, like generators and electrical cords and things that could potentially be a fire hazard," said Shane Brown with the department.

Fresno firefighters have been preparing for the spike in calls for a month.

The department added ten firefighters to its team of 81 for the night and more engines.

But they're still facing a major shortage of staff and resources.

Last year on the Fourth of July, they responded to 135 fires.

On an average day, Fresno Fire responds to 20 fires.

This holiday was already shaping up to be another busy Fourth of July.

But as you may have seen or heard in your neighborhood, the city does have a problem with illegal fireworks.

There's a petition calling for a city-wide ban on all fireworks except for some holidays including Independence Day.