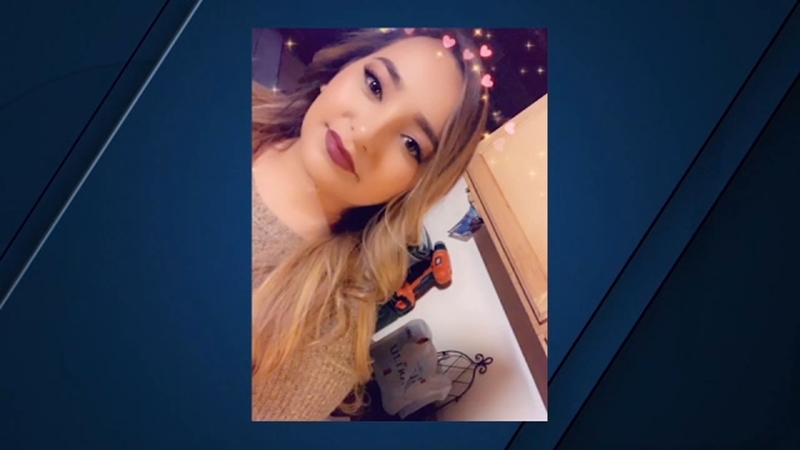 TULARE COUNTY, Calif. (KFSN) -- Rachel Martinez was the life of the party.

So it's no surprise she organized a big bash for her 30th birthday earlier this year.

Her sisters say she could put up a defensive wall around her, but once that wall was broken down, the mother of three would show you kindness, love, and generosity.

Rachel lived with her younger sister, Josephine, in Woodville.

Josephine says Rachel has stepped in to defend her from the father of her children, Ruben Sanchez.

In March, deputies arrested Sanchez for punching Josephine in the face and threatening to kill her.

Josephine says they weren't together anymore, but he would still stop by the house sometimes.

Last Saturday night, Josephine says he tried to attack her again, but Rachel was not going to let that happen.

"Pretty much telling him, 'You're not going to touch her,'" Josephine said.

Josephine and her sister went outside.

She says Sanchez became enraged, then came outside and shot Rachel.

Josephine's daughter called 911 and her aunt Sofia, who lives in Washington.

"She just told me that 'My dad shot my tia,'" Sofia said.

Rachel was pronounced dead at the scene and a two-day manhunt for Sanchez began.

It would end in a shootout between Sanchez and sheriff's deputies at the Woodville Cemetery, the same cemetery where Rachel will be laid to rest.

RELATED: Woodville murder suspect dies after being shot by deputies

While Sanchez was still on the run, Rachel's sisters said they considered holding a private funeral for her.

They feared that he would find the family and hurt more of them.

But Sanchez died at the hospital on Wednesday.

"Now it can be open to anybody and everybody and she's going to have the funeral that she deserves," Sofia said. "We're not going to be afraid, looking over our shoulder."

Rachel's family is hoping for help with the unexpected costs of a funeral.

While they'll soon say goodbye for the last time, they say Rachel's spirit is alive and will always be with them.