As residents grow cold, gas lines remain off at a Fresno apartment complex 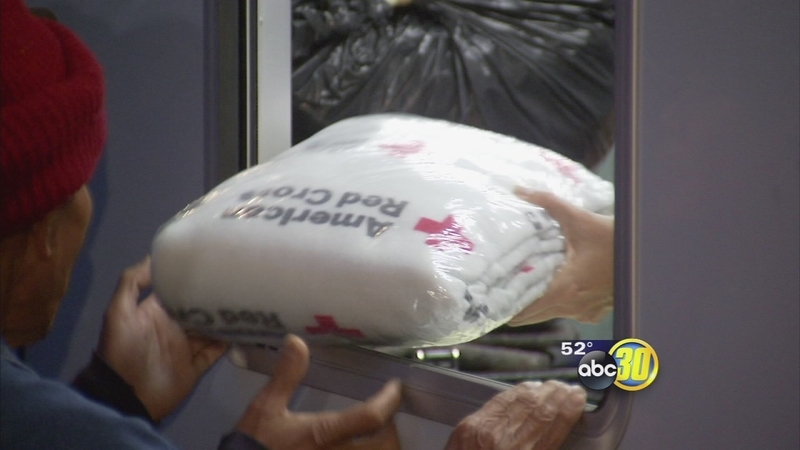 Pacific Gas & Electric Co. states that because of several gas leaks throughout the complex it had to shut down service. To get the gas started again a plumber has to fix it all before PG&E can turn the gas back on. But there have been delays, and it's costing residents.

But without a working stove, he had to improvise. "Yeah, it's okay, we can survive," Moungvieng said. "More than anything else, get somebody who can help."

"Yeah, no heat," replied Moungvieng when asked if it was cold at night.

The gas lines in a Central Fresno apartment complex have been turned off for 10 days. "We have to take a pot and boil water to take a shower, we don't have nothing," Moungvieng said.

The complex houses mostly Southeast Asian refugees. Many of them don't speak English.

Members of Fresno Interdenominational Refugee Ministries, FIRM, are there to help. However, the advocacy group, just across the street, didn't know about the problem until Thursday. "There's a lot of vulnerability," FIRM Chairman Tom Sims claimed. "And that's why we're here, and we're just really are sorry that we didn't know about it sooner or we would've acted sooner to try and be their advocates."

At an informational meeting, Moungveing was one of the first to arrive. He sat among dozens who were told the gas can't be fixed this weekend, but city leaders said they're doing everything in their power to get the property owner to fix the problem.

As the meeting continued an American Red Cross volunteer passed out a blanket to a resident, one of many blankets needed if the problem isn't fixed soon as residents brace for another cold night.

The issue is expected to be handled on Monday.