The crash happened in the area of Highway 41 and O Street at about 2 pm.
KFSN 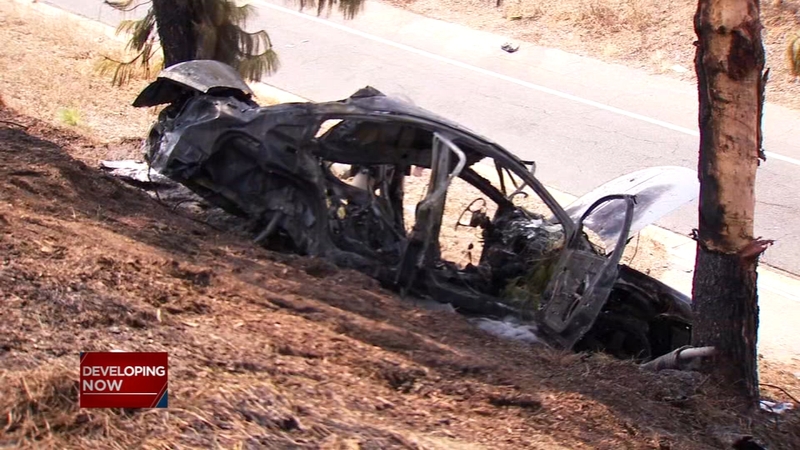 FRESNO, Calif. (KFSN) -- A man was killed and a woman injured in a car crash in south Fresno on Saturday.

The crash happened in the area of Highway 41 and O Street at about 2 pm.

Authorities say the car hit a center median, then veered towards the O Street off-ramp where it hit a tree and caught on fire.

A CHP officer arrived in minutes and managed to pull out an unconscious woman from the driver's seat just as flames erupted.

EMS crews then pulled out a man from the passenger's seat.

He has been identified as 23-year-old Fresno resident Marquise Smith.

Both were taken to Community Regional Medical Center, where the passenger was declared dead.

The driver remains critically injured in the hospital.

Alcohol and drugs do not appear to be factors in the crash, authorities say.