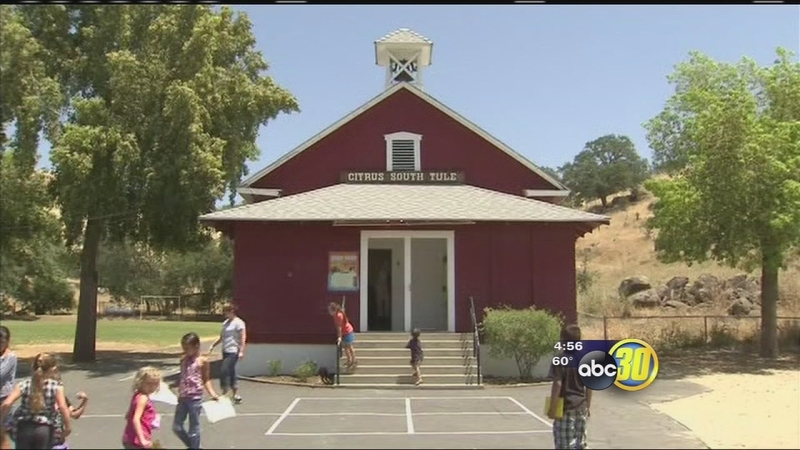 SPRINGVILLE, Calif. (KFSN) -- A historic school in the South Valley has shut down, but officials are still hoping for a way to keep it open.

The gates are locked at Citrus South Tule School in Springville. The campus, complete with a red school house and a bell, has been around for more than 140 years. This year it had to close down. "We're going to look at what we're going to try and have something in the spring with plans of what we ultimately want to do.," said Jason Pommier, Porterville Unified School District.

Citing financial difficulties in July, the single school district absorbed to be part of Porterville Unified.

Even though this quaint little school has been around for decades, over the years enrolment has declined. At the time of its closure the kindergarten through sixth-grade school only had 32 students enrolled. Most of them now attend Vandalia Elementary in South Porterville, roughly 20-minutes away. Now, Porterville Unified officials are working to determine what to do with the school and whether there's any chance for it to reopen. "I know something the school board the last thing we want to do is close down the facility so whether we maybe reopen as an elementary site maybe we take a look at alternative education, we're going to take a look at all of the options," said Pommier.

Out of the question for sure is expanding the site. "That's the really difficult part. The topography out there-- there's some rolling hills there. For us to be able to do any major expansion there it would be an exorbitant cost to do that."

Officials don't want to see the historic school shut down for good, but it will be several months before they can determine the best use for it.