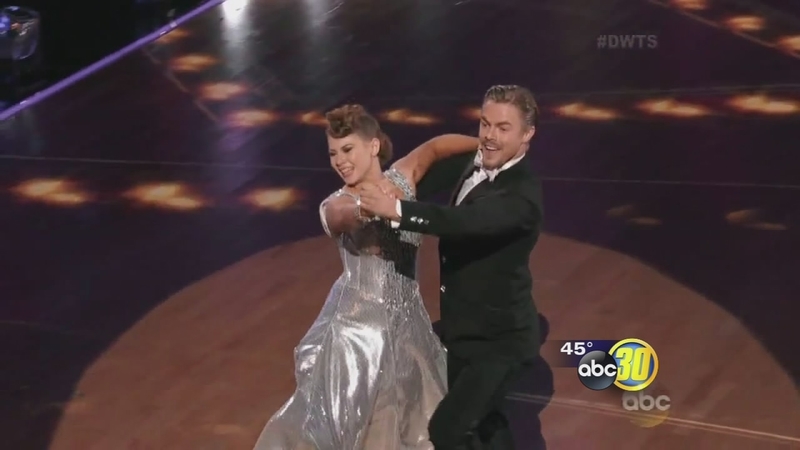 'Dancing With The Stars' Season 21 finale

LOS ANGELES, Calif. (KFSN) -- It was close, but Bindi Irwin and her partner Derek Hough took home the coveted mirrorball trophy and winning season 21 of Dancing With The Stars.

It was an electrifying night from the start. Excited fans waiting for their favorite stars to hit the stage. Between the Grove and the ballroom the performances were unforgettable. Even if at times it was total chaos. "Honey, it's so much work. When they told me I'd be dancing six hours a day I said what," said Paula Deen, TV personality.

"Here I have basically a partner telling me what to do and I'm used to telling the horse what to do," said Victor Espinoza, jockey.

Winners Irwin and Hough couldn't contain their excitement. "You know, honestly, I will spend the rest of my life trying to inspire others, I'm just really glad to be here and I can't wait," said Irwin.

"She brings so much joy-- she literally sparkles more than this trophy, it's unbelievable," said Hough.

Runners up Alek Skarlatos and Lindsay Arnold didn't get the title, but it's not the last time we'll see this duo. Skarlatos announced on the finale he's joining the Dancing With The Stars tour. "I've met so many cool people on this and had so much fun I'm just going to hang out with them for another two and a half months or so."

For some, it was a time for goodbyes. "It was a miracle and a blessing to be chosen to do this because I loved it," said actor Gary Busey.

But hello again for others like judge Len Goodman who announced his return to the show next season.

For these stars, it was a night they won't forget.