Chase in Fresno ends with deputies ramming into suspect's vehicle 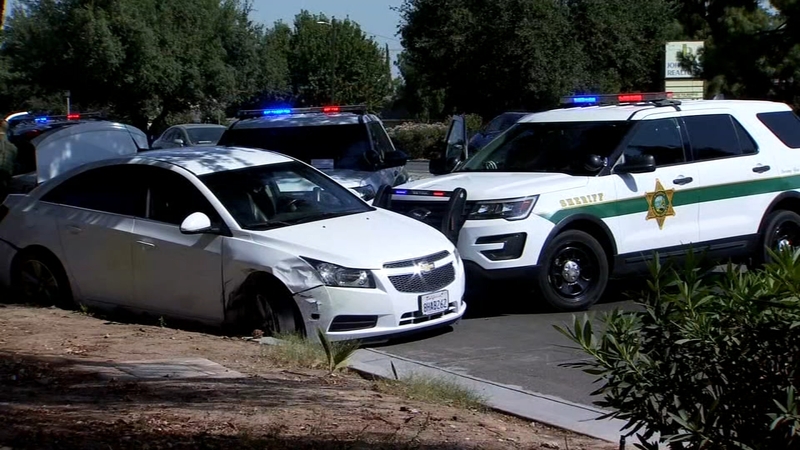 Chase in Fresno ends with deputies ramming into suspect's vehicle

FRESNO, Calif. (KFSN) -- A man has been arrested after deputies say he led them on a chase through Fresno Wednesday afternoon.

The Fresno County Sheriff's Office says they tried pulling the man over near Highway 168 and Shields but the suspect wouldn't stop.

The suspect took off east on Highway 168 and exited at Shaw, weaving through traffic before ultimately getting back on Highway 168.

Deputies say he then got off on Herndon and reached Willow and Bullard. The suspect squeezed between cars, drove up on a curb and started driving through a field, where deputies believe his car suffered damage.

The chase continued near Highway 168 and Shaw. After passing Fresno State, deputies noticed the suspect vehicle lost one of its tires and would not be able to go much farther.

Two deputies then slowly rammed into the side of the suspect's car. The suspect was taken into custody.