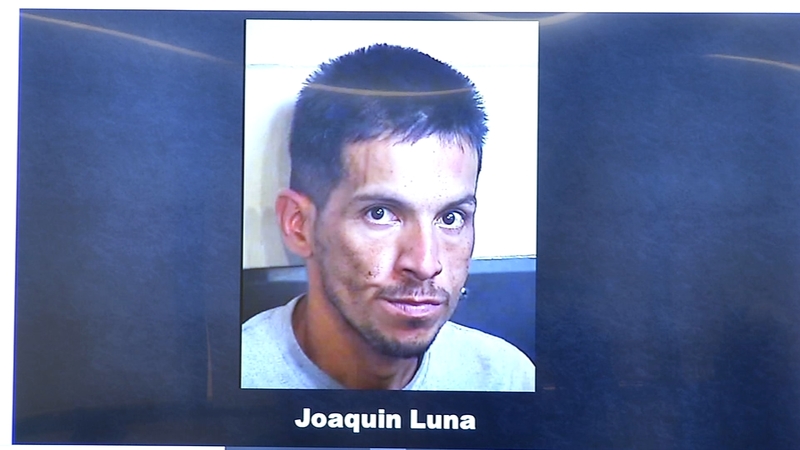 REEDLEY, Calif. (KFSN) -- New details have emerged in an officer-involved shooting in Reedley earlier this week. The Fresno County Sheriff's Office, which is investigating the shooting, says Reedley Police officers shot an armed, but innocent homeowner.

On Monday, Reedley Police responded to a burglary at a shopping center near Manning Avenue and 11th Street early Monday morning.

When officers arrived, they saw 38-year-old Joaquin Luna come down from the roof and take off running toward Manning Avenue.

Eventually, deputies say that at one point, Luna broke into a house. The man inside the home was asleep at the time and woke up from the noise.

The man grabbed his gun and began searching around his home, but deputies say Luna had already quickly left the home.

The officers looking for Luna came and saw the homeowner, who still had his gun in his hand, and one opened fire, hitting the man in the leg.

Luna was arrested on charges of burglary, vandalism, and resisting arrest. He was also wanted on a warrant for burglary.

The homeowner was taken to the hospital with injuries that the Sheriff's Office describes as non-life-threatening. No officers were hurt.