Merced buildings vandalized during the night 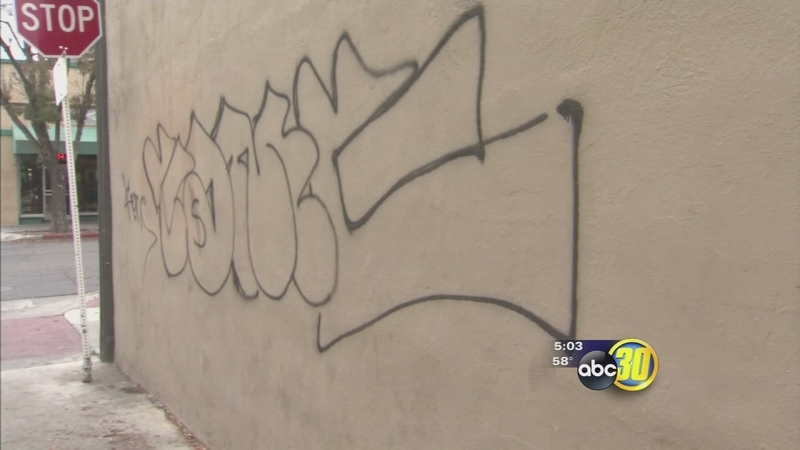 Merced buildings vandalized during the night

MERCED, Calif. (KFSN) -- Several buildings in downtown Merced are getting cleaned up after being hit by vandals late Tuesday night.

The Christmas design in the window of Judd's Jewelers was overshadowed by grinch like graffiti Wednesday morning. "I was really shocked. It does make the place look disgusting, and I wasn't very happy about it," said Brenda Miller, Judd's Jewelers employee.

Miller said the store has had its windows smashed in the past, but this is the first time she remembers spray paint covering the wall. Eight other downtown properties were also hit by the same vandals. "In the alley across the street from us, they really marked that up, and I was told they did other places around here, but they had already covered those up and arrested the people so that makes me feel better," said Miller.

Police said someone saw the tagging in progress and called them around 11:00 Tuesday night. Officers spotted the suspects running through Bob Hart Square and getting into a truck. "They stopped, talked with them and interviewed them and were able to get enough information to make an arrest. They were also identified by the reporting party," said Captain Tom Trindad, Merced police.