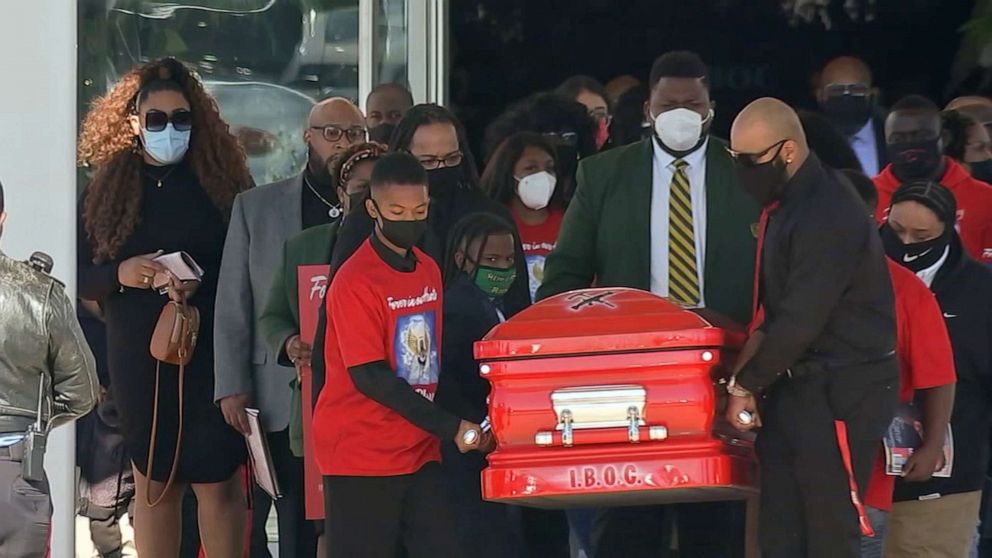 The funeral of the youngest victim in the deadly Travis Scott Astroworld concert will be held Tuesday at 11 a.m. Nine-year-old Ezra Blount was hospitalized following the violent crowd surge at the Nov. 5 concert and later died from his injuries, his family confirmed.

Ezra was "trampled and catastrophically injured" at the festival, when a wave of concertgoers began pushing one another during Scott's performance, according to a statement issued by the Blount family attorneys.

His father, Treston, passed out and fell, and Ezra fell along with him, getting trampled by others in the crowd, according to the family's GoFundMe. He was separated from his father, and his grandparents said they found him alone at the hospital in a coma, suffering from major organ damage and severe brain swelling.

His family has joined more than 300 Astroworld concertgoers in lawsuits being filed by civil rights attorney Ben Crump and Texas trial attorney Thomas J. Henry against the event organizers, venue management and performers at the concert.

"The Blount family tonight is grieving the incomprehensible loss of their precious young son," Crump said. "This should not have been the outcome of taking their son to a concert, what should have been a joyful celebration. Ezra's death is absolutely heartbreaking. We are committed to seeking answers and justice for the Blount family. But tonight we stand in solidarity with the family, in grief, and in prayer."

Following the concert, Scott released a statement on the tragedy, saying, "I'm absolutely devastated by what took place last night. My prayers go out to the families and all those impacted by what happened at the Astroworld festival."