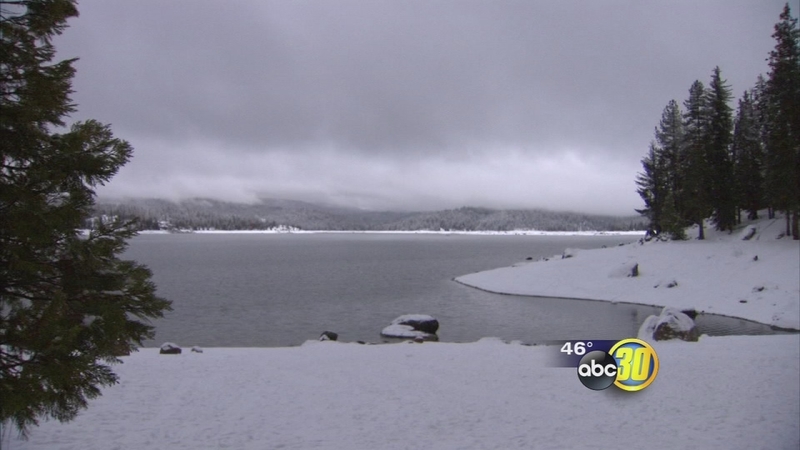 "We're used to like the farm life, and the city, and now it's peaceful coming out here," said Sartaj Randhawa, who drove up from Fresno with his parents and sister to see the fresh snow.

But unfortunately like many others, they got stuck in the snow, and had to call AAA to get them out. "We were pulling over to actually put chains on and when we were driving away, the tires were too deep into the snow," Randhawa said.

Visalia's Jason Lynch also got stuck on the way back from skiing at China Peak. But he said there was plenty of powder at the popular resort-the most he's seen in three years.
"Come up, have a good time, it's awesome, enjoy it," Lynch said. "Build a snowman, ski."

China Peak reported eight inches of new snow Saturday, and expects ski conditions to be "awesome" on Sunday. "The snow just brings a lot of people up here to come and play and also for China Peak so it helps the economy all around. Not only our economy but the cities on the way up," said Shaver Lake Sports Owner Greg Powell.

Shaver Lake Sports rents skis and snowboards, and sells everything from winter gear to tire chains. By dark, many cars with chains had started to head down the mountain.
For the locals, there was still plenty of snow to plow.

But after several years of sparse snow, no one was complaining.