1 man dead after an officer-involved shooting in Central Fresno 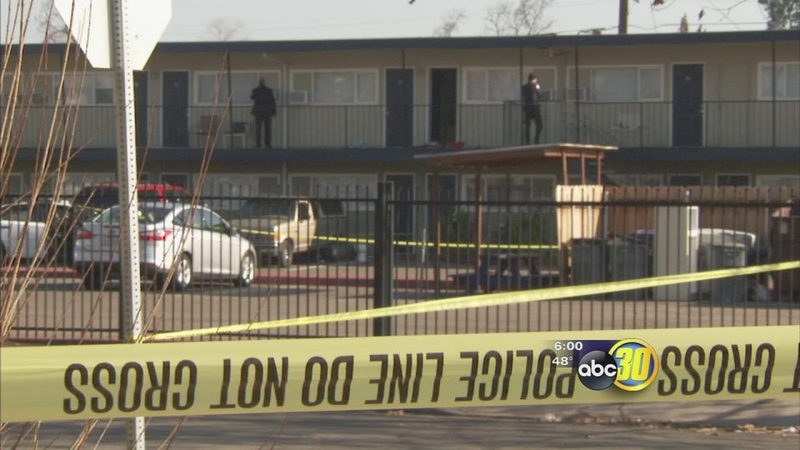 Man dead after an officer-involved shooting in central Fresno

Police are still at the scene at Belmont and Weber Avenues almost ten hours later processing evidence. The bulk of their efforts is focused on a second-floor central Fresno apartment, number 36, where a violent fight prompted at least a couple 911 calls.

Investigators said the callers reported hearing a man beating a woman, then screams coming from the apartment. Officers broke out a window to see what was happening and what they saw was the 55-year-old suspect inside and armed with a knife, and blood all over. The noise woke up several of the neighbors. "I heard a little bit of argument. It woke me up. Then I heard some gunshots. I heard two gunshots then I heard like about 3 gunshots," said Talio Galindo, Fresno.

Fresno police are on scene at an officer-involved shooting near Weber and Belmont.

"The suspect was in the process of actually stabbing the victim when the officers fired at the suspect," said Chief Dyer.

One officer shot a bean bag at the man, but it didn't seem to have much of an effect. Chief Dyer said body cameras on the officers recorded one saying the suspect was still stabbing the woman, so he and another officer opened fire, killing the man.

Both officers are on paid leave now pending the investigation, but Chief Dyer said it's clear their actions were justified.

ABC30 Fresno TV apps offer breaking news, weather and information that matters most to you, and they are free! Get ABC30 apps for iPhone, iPad and Android: http://www.abc30.com/apps