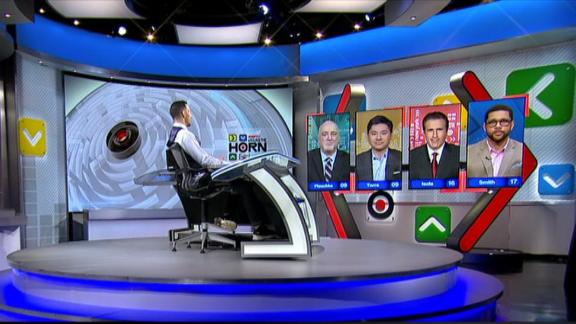 ESPN
By Ohm Youngmisuk
GREENBURGH, N.Y. -- A day after the New York Knicks issued a statement saying that Carmelo Anthony should not have responded to a heckling fan, Anthony said the statement was owner James Dolan's idea.

Anthony reiterated that all he did was tell a disgruntled fan to direct his issues with the plummeting Knicks toward Dolan, who was seated near the team bench, at the end of the Knicks' 104-85 loss to Portland on Tuesday night.

That, though, prompted a statement Wednesday afternoon, and Anthony also said he talked with Dolan.

"The Knicks," Anthony said with a chuckle when asked who encouraged the statement. "It was a collaborative effort, though. We sat down and we talked about it. Everybody thought it was a good idea to send that apology."

Anthony was later asked if it was his decision to issue a statement.

As the Knicks were on their way to losing for the 15th time in their last 18 games Tuesday, a fed-up fan let the Knicks bench and the franchise star hear it. That was when Anthony pointed the fan toward Dolan, who was seated in his courtside seat near the bench.

"I don't really think I said anything wrong," Anthony said. "The guy said he wasn't coming to any more games. I said why are you talking to me about it? The owner's right there. You should discuss that with him. Don't yell my name out and talk to me about that. Talk to the owner about that. It wasn't no hostility. He said what he had to say. I said what I had to say. That was that."

"Wasn't no curse words," Anthony added. "He yelled my name out and said, 'Melo, you guys suck! I'm not coming to no more games.' So I [said I] think you should talk to the owner and get your money back."

While Anthony and Dolan spoke, the franchise player said it wasn't "that serious" that it required a sit down with the owner. Later Wednesday evening, the team said Anthony did not attend the Knicks' charity bowling function due to personal reasons.

"I'm the leader of this franchise," Anthony added when asked how much he takes the Knicks' spiral personally. "I take the good with the bad. At the end of the day it falls on me. I accept that. I put the weight on my shoulders and I walk with that weight through the fires." 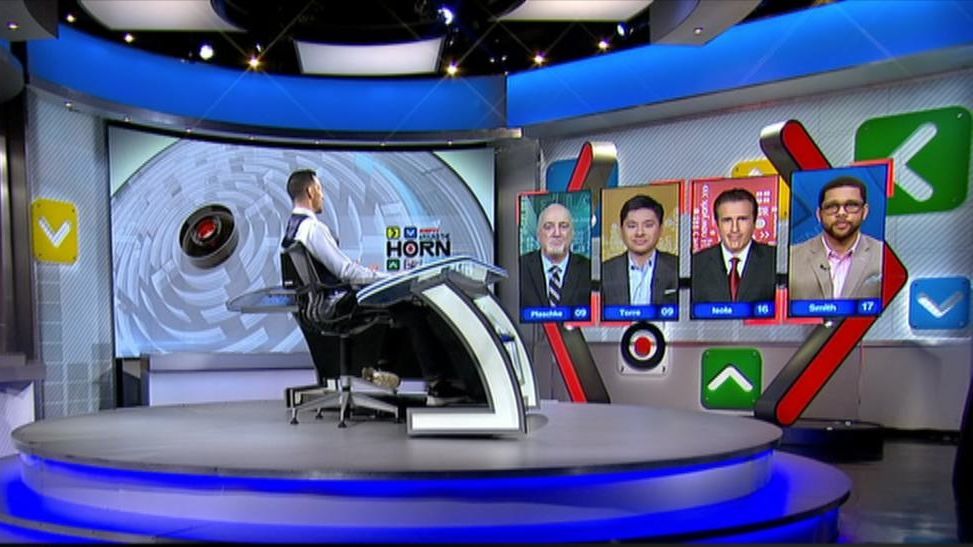 Was Melo right to apologize to fans?
Around The Horn debate whether or not Knicks forward Carmelo Anthony was right to apologize over his comments he made to the media regarding New York owner James Dolan.
Related topics:
sportsespnnew york knickscarmelo anthonymelonbajames dolan
Copyright © 2020 ESPN Internet Ventures. All rights reserved.
More Videos
From CNN Newsource affiliates
TOP STORIES