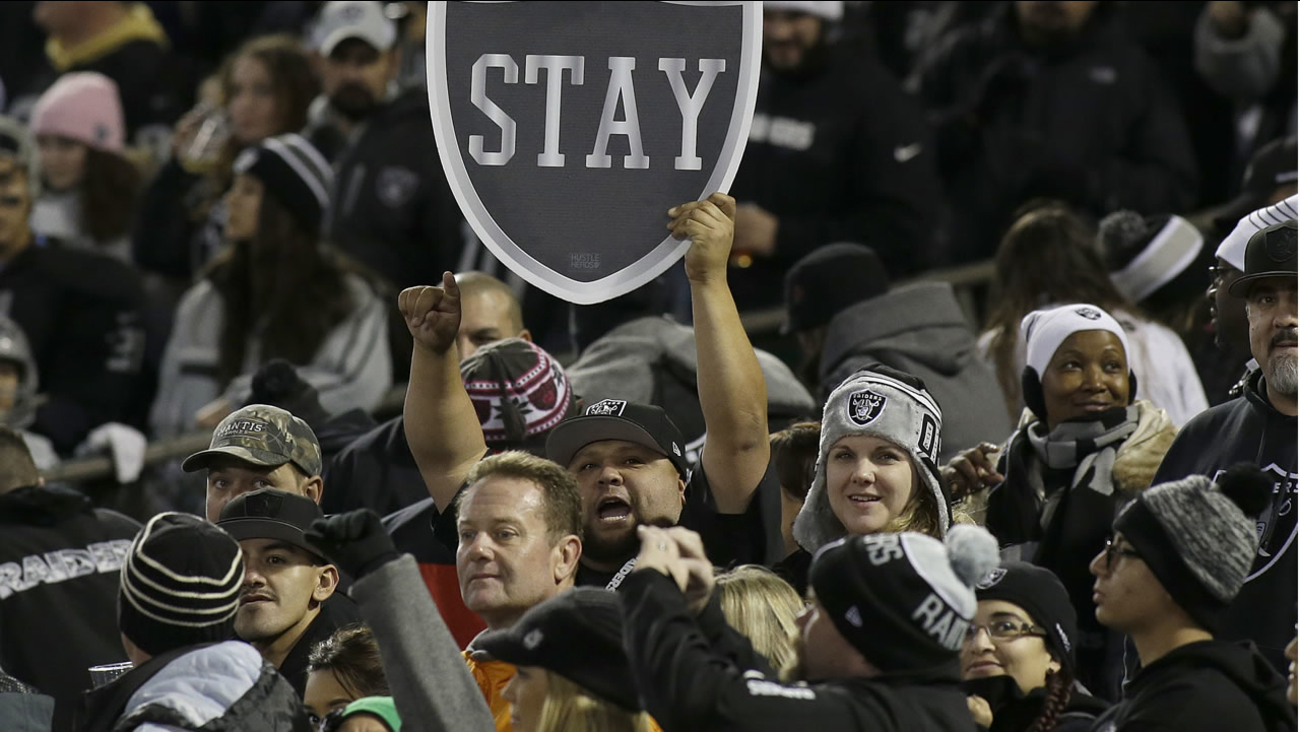 Fans hold up a sign for the Raiders to stay in Oakland before an NFL football game between the Raiders and the Chargers in Oakland, Calif., Thursday, Dec. 24, 2015. (AP Photo)

LAS VEGAS -- Raiders owner Mark Davis says he wants to move the team to Las Vegas and is willing to spend a half billion dollars as part of a deal for a new stadium in the city.

Davis upped the ante in a bid to move the team to this gambling city, appearing Thursday alongside soccer great David Beckham and billionaire casino owner Sheldon Adelson before a committee studying the idea of a $1.4 billion stadium.

He repeated what he said he told Nevada Gov. Brian Sandoval a few weeks ago, saying the Raiders want to turn the Silver State into the "silver and black state."