At least a dozen dead in Italy train crash 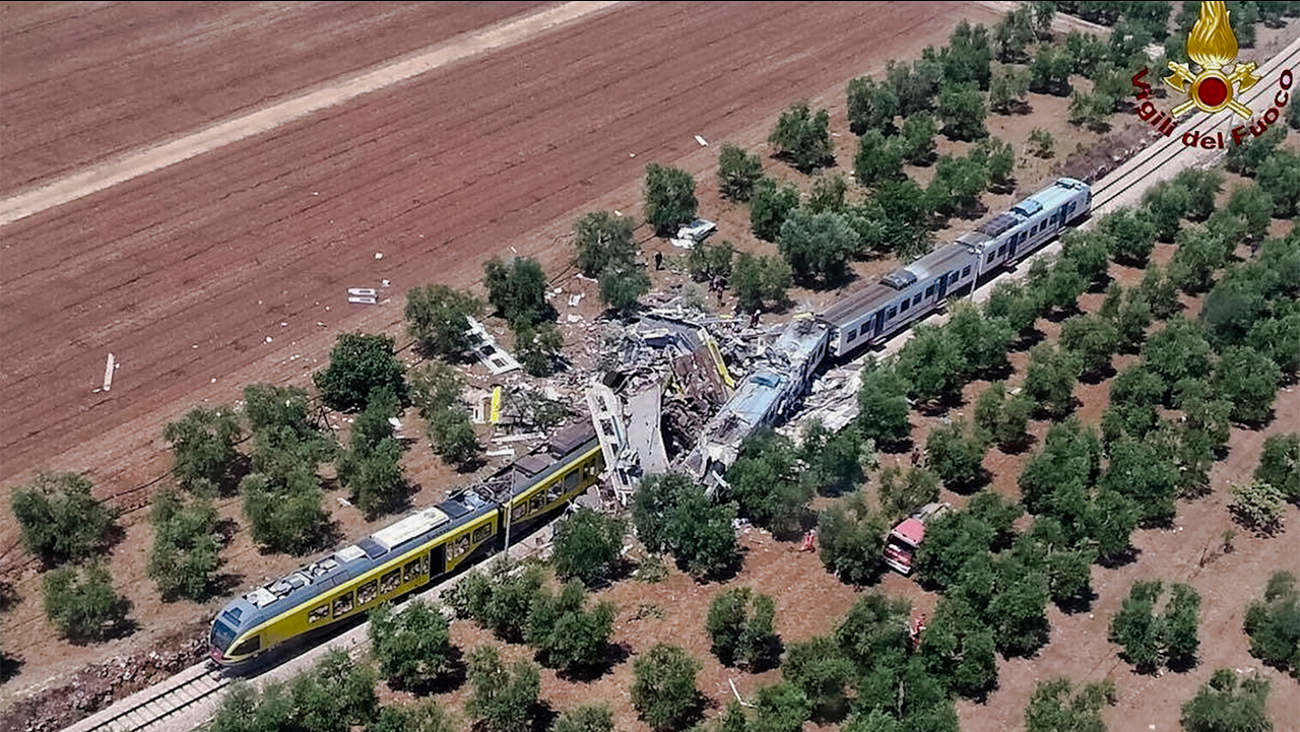 This aerial handout photo shows what is left of two commuters trains after their head-on collision in the southern region of Puglia, Tuesday, July 12, 2016. (Vigili del Fuoco)

MILAN -- Firefighters in southern Italy say at least a dozen people have been killed when two trains collided head-on in Puglia.

The trains, each with four cars, collided near the town of Andria on a line with just a single track, according to news agency ANSA and Sky TG24.

A photo of the crash showed cars crumpled together and forced off the tracks at sharp angles. News reports said rescue workers were pulling victims from the rubble, including a small child who was alive. Video images showed ambulances responding to the scene with other rescue workers.

National police and Carabinieri couldn't immediately give details about the extent of the crash, saying they were in the middle of responding.

The mayor of Corato, site of the head-on train crash in Italy's southern Puglia region, says the scene is horrific but that rescue work is ongoing with firefighters, civil protection officials and volunteers.

Mayor Massimo Mazzilli told Sky TG25 that rescue workers had just pulled out a passenger alive and were poised to extract a second one.

On his Facebook page, Mazzilli posted photos of the mangled steel trains that collided Tuesday.