South Valley woman headed to Washington D.C. to be honored for being a Champion for Change 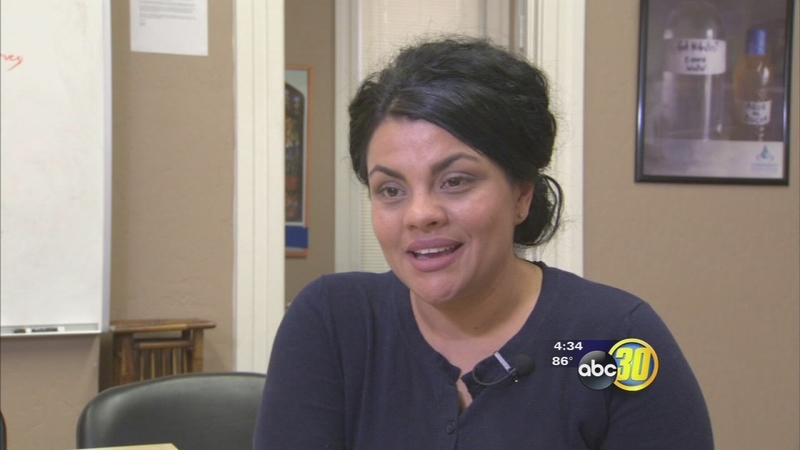 VISALIA, Calif. (KFSN) -- A South Valley woman is heading to Washington, D.C. this week where she'll be honored by the White House.

Susana De Anda was a driving force behind a new state law that prioritized clean drinking water for every resident and multi-million dollar water studies in poor communities. Now she's bringing California's water issues to the national stage with a highly acclaimed honor.

For more than 10 years De Anda has been fighting for what she said is a basic human right-- clean drinking water.

Locally, De Anda has worked in low-income farming communities like west Goshen, Seville, and Alpaugh. In those towns, her non-profit Community Water Center has worked to create governing water boards and organize residents with knowledge and resources to have safe drinking water.

Many of the communities have tap water with unsafe levels of arsenic or nitrates.

De Anda, whose been featured as one of Newsweek's most fearless women and in Marie Claire as the 2012 top activist, will head to Washington D.C. where she'll be honored at the White House as a champion for change.

"Really honored. It's a great opportunity and I'm really blessed to have an amazing team and I will do my best to represent the entire organization at the White House."

On Friday she'll start her day with a tour of the White House followed by a panel discussion with the other nine honorees and then an award ceremony.

President Obama will likely not be in attendance.

De Anda has also been a force at the state capital. In 2009 she secured $4-million from the state to study water pollution in the Central Valley and provide clean drinking water to low-income communities. In 2012, she was a driving force to help pass AB 685-- also known as the "Human Right to Water" bill.

"These are conditions no resident needs to live with, but it's happening here in California. So we focus with impacted residents to understand their condition, understand they have the power to change that, and most importantly be part planning process that's going to affect their communities and quality of life."

Her passion is clear. She hopes her recognition will bring more resources to help communities have clean drinking water.