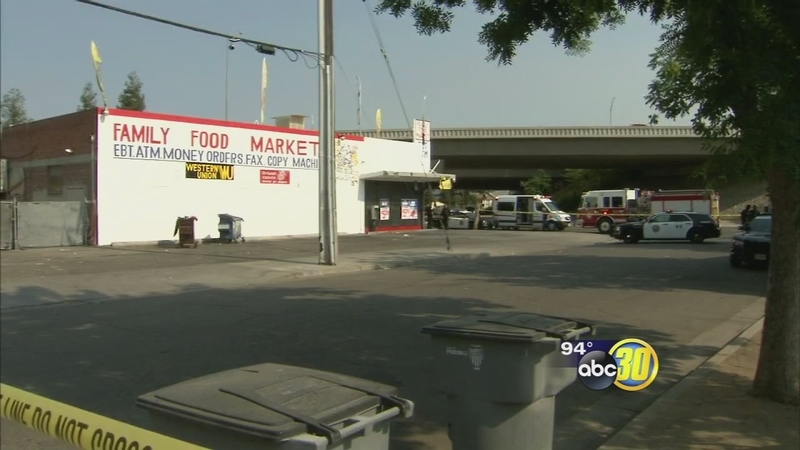 FRESNO, Calif. (KFSN) -- A man is in the hospital after Fresno Police said he tried to rob a convenience store and was shot by the clerk.

Officers said the suspect has a lengthy criminal history and is a confirmed gang member. In fact, he has been arrested before for thefts and disturbances at the business.

The clerk and the suspect were the only two people inside when the shooting happened.

Officers said, based on surveillance video, the clerk knew who the suspect was and immediately reached for his gun.

"Right away the clerk was concerned when he comes in the store-- and he's saying something to him. I don't know if he's telling him you gotta leave but the suspect goes right up to the counter, throws off his backpack, he bows up, and he's ready to fight. And like I said, he's much larger-- the clerk was in fear for his safety," said Lt. Joe Gomez, Fresno Police Department.