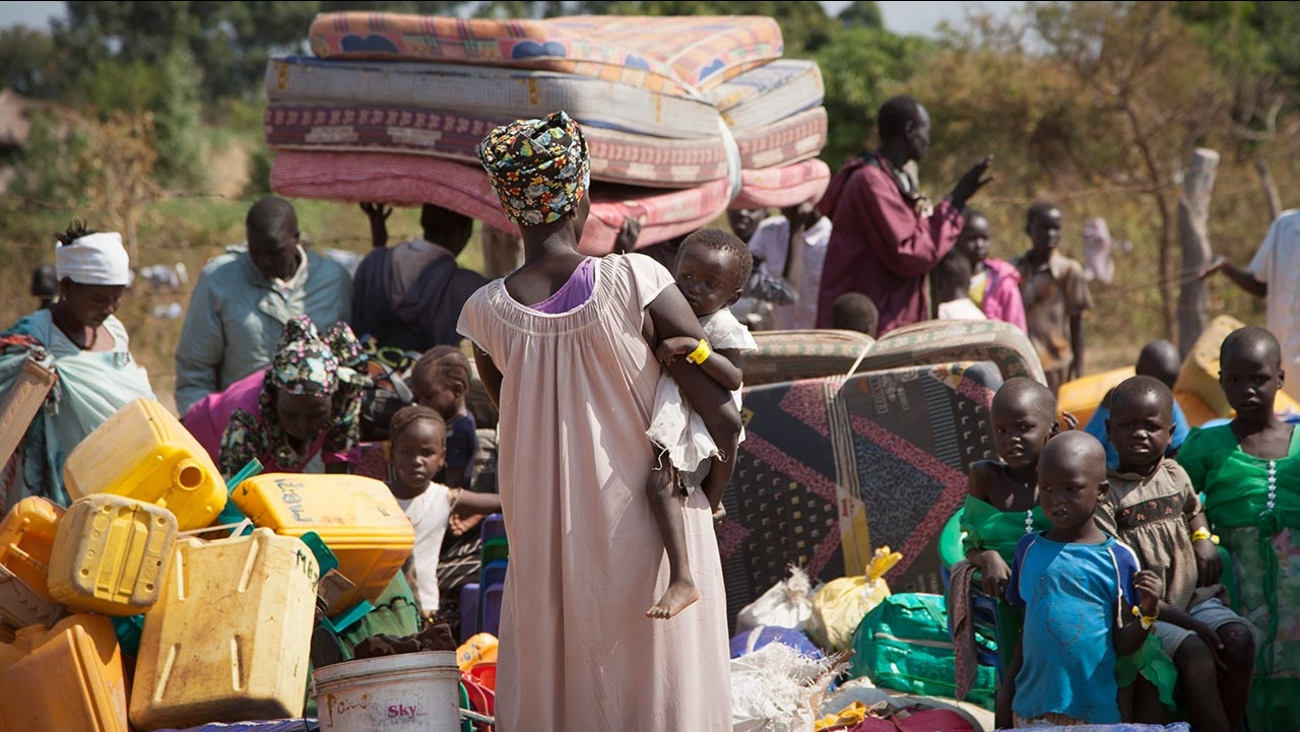 FILE - In this Monday Jan. 6 2014 file photo, refugees who fled the recent violence in South Sudan and crossed the border into Uganda (Rebecca Vassie,file)

The United Nations said Friday that South Sudan joins Syria, Afghanistan, and Somalia as countries that have produced over one million refugees.

South Sudan gained independence from Sudan in 2011, but civil war erupted two years later and tens of thousands have been killed. New fighting in July created a surge of more than 185,000 refugees. Most people fleeing are women and children.

Neighboring Uganda hosts the highest number of South Sudanese refugees, and 20,000 have arrived in the past week due to continued clashes in the southern part of the country.