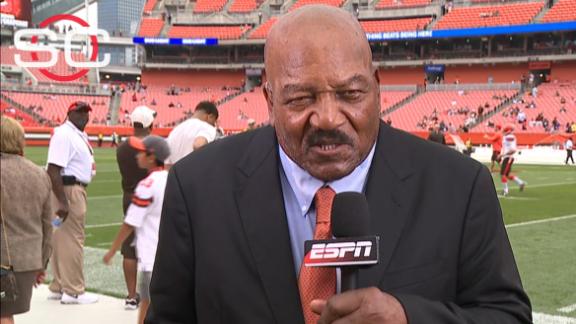 CLEVELAND -- Before the Brownsunveiled a statue of Jim Brown on Sunday, the Hall of Fame running back made a lighthearted plea.

"I hope it looks like me," Brown quipped as he stood on the dais, the statue still covered by a tarp.

When the statue was revealed a few moments later -- after a small glitch when a protective blanket around the statue's head had to be removed by hand -- Brown, who retired from football 51 years ago, took it in and gave his approval, calling the statue "fantastic."

The statue is the first to honor the Browns' history outside FirstEnergy Stadium. It was commissioned by team owners Jimmy and Dee Haslam in February and was sculpted by David Deming.

"It's a great moment," Brown said, "because I feel it throughout my body, particularly in my heart and in my mind."

In a ceremony attended by several former Browns players, coach Hue Jackson and Cleveland Mayor Frank Jackson, Brown said what meant a great deal to him was the diversity of people in attendance, including community representatives, members of the Browns' front office and fans who ringed the outside of the presentation.

"When I look at the audience," Brown said, "about 95 percent of the people I know personally, and most of them I know through [the] work that they do and the work that I do and the work that we do together in the community to make it a better community. And that's a fabulous kind of thing to feel, the diversity, the ones who have the money that have put up their money, the ones who work in the community and risk their lives."

The statue shows Brown in stride, his body contorted as he seems to run to his right. Included is his signature face mask, with two single bars in front of his mouth.

In a video shown before the unveiling, Deming asked Brown what he hoped the statue would convey. Brown's answer: Determination.

Jimmy Haslam had several options for the first statue -- legendary coach Paul Brown, quarterback Otto Graham and place-kicker Lou Groza among them. Haslam chose the guy who led the league in rushing in eight of his nine seasons.

"When you mention the Cleveland Browns -- and I never obviously had the opportunity to meet Mr. Paul Brown -- but when you mention the Cleveland Browns, I think the first thing everybody thinks about is Jim Brown. I think one of the reasons we have such a tremendous fan base today is that so many of us grew up watching Jim Brown play and remember '32' and how he dominated for nine years." 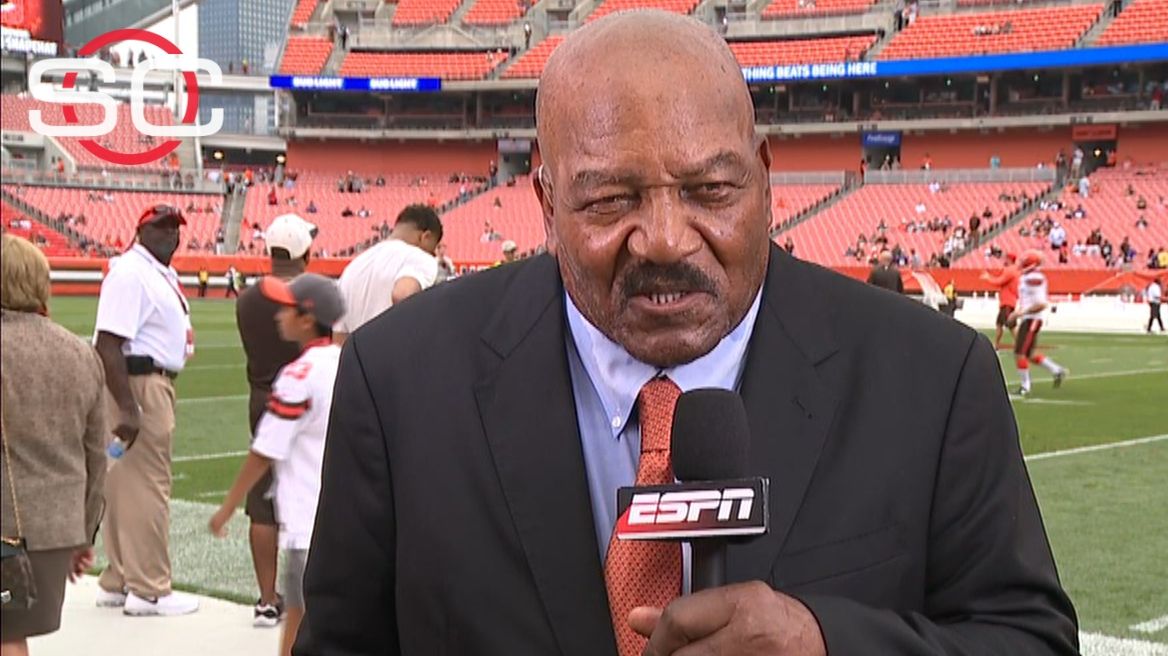