Student Achievement on the Way Up 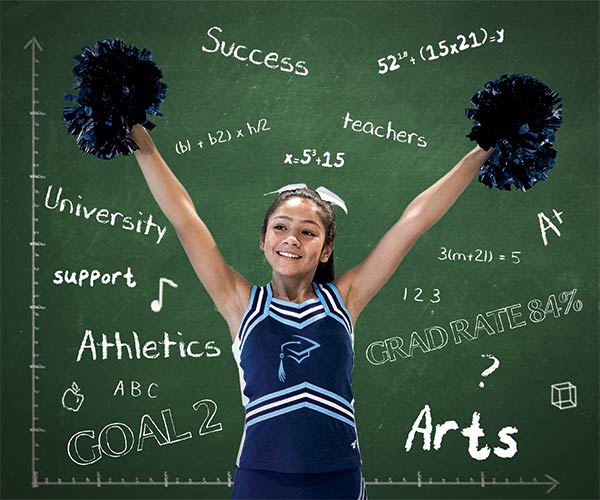 This is an exciting time for Fresno Unified as a variety of initiatives are creating a culture of college-going and career preparation -- resulting in heightened academic success for students.

The hard work of staff and students is evident in a number of ways, including:

"We are thrilled and encouraged by the success our students are achieving on a number of fronts. The hard work and dedication of staff, and the support of our community, is coming to fruition with test scores, graduation rates and in many other areas," said Superintendent Michael Hanson. "At the same time, there is much more we need to achieve on behalf of our students, to help them learn and grow."

While overall percentages of students meeting or exceeding standards remain lower than what the district is striving for, at 31% in ELA and 22% in mathematics, Fresno Unified is encouraged the the improvement in scores.

Gains are also evident in every substantially represented student group in the district, including Hispanic, African American, Asian, and white students, as well as the district's English learner students.

The graduation rate increased for several substantially represented student groups in 2014-15, including all groups with over 50 students.

The district's 4.5% increase was the second largest graduation rate increase compared to other large school districts that are part of the California Office to Reform Education (CORE) with Fresno Unified. Only San Francisco Unified School District, with a gain of 5%, surpassed Fresno Unified.

College Going on the Rise

District data indicates that with more students finding success in high school, more are pursuing higher education, with 85% of seniors applying to college in 2015-16.

Students have to be in school to learn and one way of connecting students to their school and adults at their school is encouraging them to participate in arts, activities and athletics -- the Fresno Unified Board of Education's adopted Goal 2.