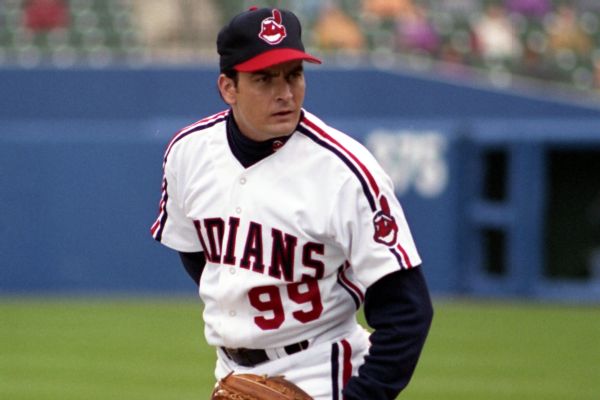 CLEVELAND -- Wild Thing is warming up for the Indians.

Actor Charlie Sheen, who played the bespectacled Ricky "Wild Thing" Vaughn in the movie "Major League," has offered to throw out the ceremonial first pitch before one of this year's World Series games.

Shortly after Cleveland won the American Leaguepennant on Wednesday in Toronto, fans began posting their wishes on social media to have Sheen -- well, Vaughn -- be part of the pregame festivities. The World Series opens Tuesday in Cleveland.

Sheen responded to the demand Thursday on Twitter, posting a photo of himself as Vaughn in his Indians uniform and writing, "Major League continues to be the gift that keeps on giving! if called upon, I'd be honored."

Released in 1989, "Major League" is a fictional account of the Indians finishing in first place with an unconventional group of players including Vaughn, who struggled to find the strike zone and warmed up to "Wild Thing," a No. 1 hit song in 1966 by The Troggs.

The real Cleveland Indians, who overcame injuries to win the AL Central, before knocking off Boston and Toronto in the playoffs, took a page from "Major League" earlier this season.