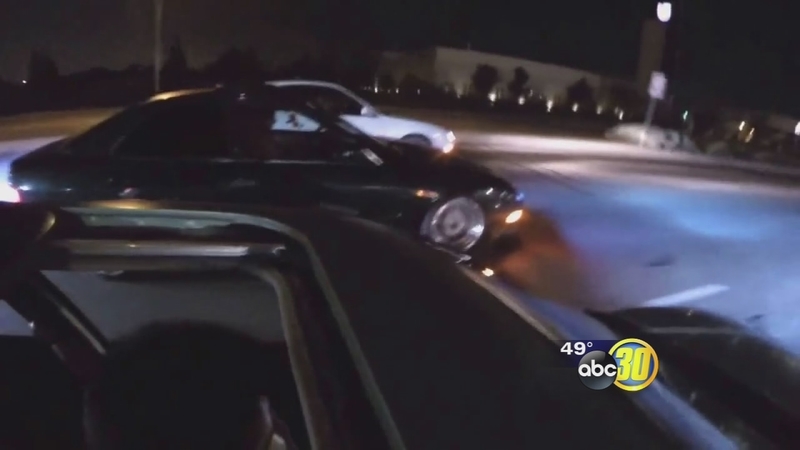 FRESNO, Calif. (KFSN) -- Fresno Police officers made a targeted effort this weekend to catch speedy drivers in northwest Fresno and putting the brakes on street racing.

It's a problem neighbors say they can hear late into the night. The wide roads on Herndon Avenue serve as a busy corridor for most of the day but after the sun sets and traffic dies down young car enthusiasts roar onto the scene.

"I knew they were racing because there is more than one car involved," her husband Jackson added. "It's like a racing strip, it's basically a racing strip out there."

Neighbors said the daredevils drive all over northwest Fresno, primarily near Herndon and Blackstone Avenues. And after dozens of complaints of excessive speed, racing, and burnouts, many were relieved this weekend to find Fresno Police cracking down.

"I think a lot of times people get frustrated, they think the police department isn't responding to their concerns and questions," Capt. Burke Farrah with the Fresno Police Department said. "While we can't be everywhere, this was a problem area we try to address this weekend, at least in some small fashion."

"It may not seem like a lot, but it really resonated with our residents here, with people living here who are frustrated," Farrah said.

Farrah said they posted the result on Next Door. Response from the community has been overwhelming with several families providing locations to other problem spots.

"People invest a lot of money in good and fast cars, and I understand that, but you also need to understand there's a time and a place for that," he explained. "And city streets are not the location."

Officers said they hope these car and bike riders realize their behavior is jeopardizing those who share the road and, in worse cases, can lead to accidents.