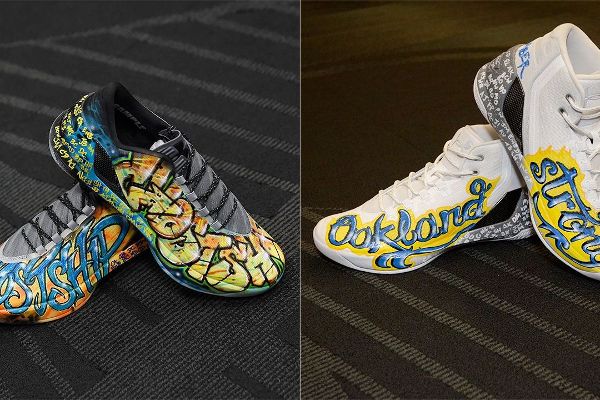 A pair of game-worn Stephen Curry shoes sold for $30,101 on eBay on Friday afternoon, a record price paid for shoes of any player currently in the NBA.

Curry wore the shoes -- which feature graffiti-style writing that says "Oakland Strong" -- on Dec. 15 in the Golden State Warriors' 103-90 win over the New York Knicks.

The shoes Curry worewhile warming up before the game sold for $15,100. Money raised from both pairs will go to the Oakland Fire Relief fund. The fund was started after 36 people died in a fire earlier this month at the Ghost Ship warehouse.

The initials of each victim are on Curry's game-worn shoes.

In 2014, a pair of shoes that Kobe Bryantwore at the 2008 Olympics sold for $37,740, a record shoe sale for an active NBA player. Bryant retired after last season.

The previous record for shoes of a currently active NBA player was $28,651, for a pair ofLeBron James shoes from 2005. That sale took place in December 2015.

The highest price ever paid for a Curry item was a game-used jersey from last year's playoffs, which sold in May for $39,000.