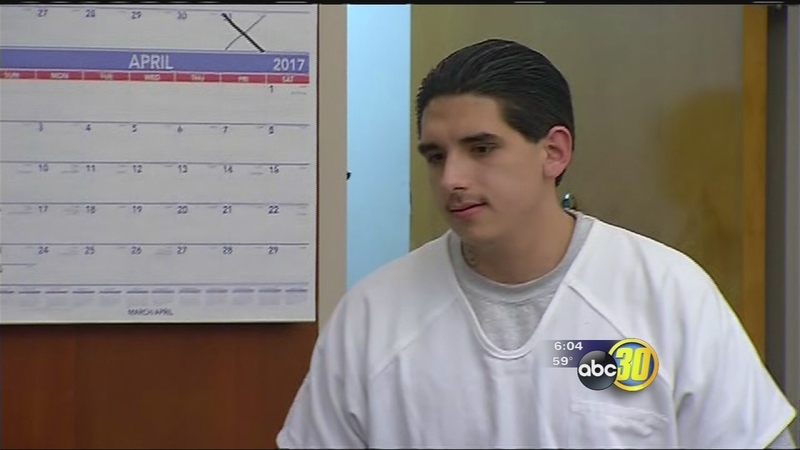 VISALIA, Calif. (KFSN) -- Christopher Cheary was back in a jail jumpsuit on Monday, two months after his trial ended. That's when a Tulare County jury recommended he be sentenced to death for his crimes against three-year-old Sophia Acosta-his girlfriend's daughter.

The same jury found Cheary guilty of raping, torturing, and murdering the little girl in May of 2011.

"It is saying that you have done so great a harm to our society that there has to be a statement that this goes beyond other murders, other homicides, and calls for this punishment," said Tulare County Assistant District Attorney David Alavezos.

Half a dozen of Sophia's family members addressed the court before Judge Joseph Kalashian sentenced Cheary to death.

"You sealed your fate. May you rot," Sophia's grandmother said.

He told them to smile and be happy when remembering Sophia, as that's what she would have wanted.

"There will never be a day that I won't think about her, or cry for her," said Sophia's aunt Erica Acosta. "I feel like this justice isn't enough for Sophia."

"Death is not good enough for him, your honor," said another aunt, Sherri Stone. "And the only satisfaction I get from this today is that he will have to stand before god one day and be judged once again."

Sophia's great-grandfather Sam Coronado has been at nearly every one of Cheary's court dates for the last five plus years. He says he has come, so other family members didn't have to hear and see the details of Sophia's violent death.

He too, believes Cheary will be judged again, and won't be forgiven.

"I never missed a court date here," Coronado said. "There's one more for me up there. I'm going to be there. And he's going to see the main judge up there."