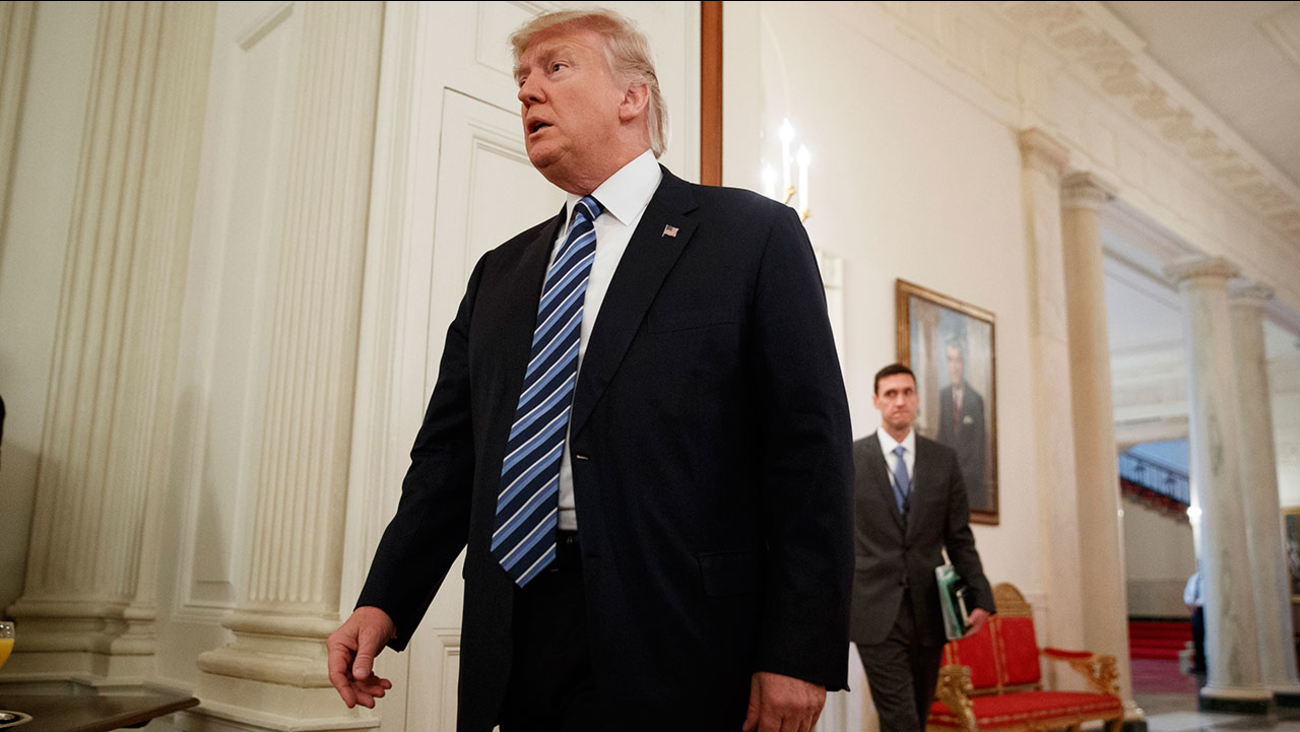 In a unanimous decision , the panel of three judges from the San Francisco-based 9th U.S. Circuit Court of Appeals declined to block a lower-court ruling that suspended the ban and allowed previously barred travelers to enter the U.S.

An appeal to the U.S. Supreme Court seems likely and would put the decision in the hands of a divided court that has a vacancy. Trump's nominee, Neil Gorsuch, could not be confirmed in time to take part in any consideration of the ban.

SEE YOU IN COURT, THE SECURITY OF OUR NATION IS AT STAKE!

Moments after the ruling was released, Trump tweeted, "SEE YOU IN COURT," adding that "THE SECURITY OF OUR NATION IS AT STAKE!"

The appeals panel said the government presented no evidence to explain the urgent need for the executive order to take effect immediately. The judges noted compelling public interests on both sides.

"On the one hand, the public has a powerful interest in national security and in the ability of an elected president to enact policies. And on the other, the public also has an interest in free flow of travel, in avoiding separation of families, and in freedom from discrimination."

The court rejected the administration's claim that it did not have the authority to review the president's executive order.

"There is no precedent to support this claimed unreviewability, which runs contrary to the fundamental structure of our constitutional democracy," the court said.

While they did not rule on the actual merits of the states' argument that the travel ban was intended to target Muslims, the judges rejected the government's claim that the court should not consider statements by Trump or his advisers about wishing to enact such a ban. Considering those remarks, the judges said, falls within well-established legal precedent.

Justice Department lawyers appealed to the 9th Circuit, arguing that the president has the constitutional power to restrict entry to the United States and that the courts cannot second-guess his determination that such a step was needed to prevent terrorism.

The appeals court sided with the states on every issue save one: the argument that the lower court's temporary restraining order could not be appealed. While under 9th Circuit precedent such orders are not typically reviewable, the panel ruled that due to the intense public interest at stake and the uncertainty of how long it would take to obtain a further ruling from the lower court, it was appropriate to consider the federal government's appeal.

Josh Blackman, a professor at South Texas College of Law in Houston, said the "million-dollar question" is whether the Trump administration would appeal to the Supreme Court.

That could run the risk of having only eight justices to hear the case, which could produce a tie and leave the lower-court ruling in place.

"There's a distinct risk in moving this too quickly," Blackman said. "But we're not in a normal time, and Donald Trump is very rash. He may trump, pardon the figure of speech, the normal rule."

Both sides faced tough questioning during an hour of arguments Tuesday. The judges hammered away at the administration's claim that the ban was motivated by terrorism fears, but they also challenged the states' argument that it targeted Muslims.

"I have trouble understanding why we're supposed to infer religious animus when, in fact, the vast majority of Muslims would not be affected," Judge Richard Clifton, a George W. Bush nominee, asked an attorney representing Washington state and Minnesota.

Only 15 percent of the world's Muslims are affected by the executive order, the judge said, citing his own calculations.

"Has the government pointed to any evidence connecting these countries to terrorism?" Judge Michelle T. Friedland, who was appointed by President Barack Obama, asked the Justice Department attorney.

After the ban was put on hold, the State Department quickly said people from the seven countries - Iran, Iraq, Libya, Somalia, Sudan, Syria and Yemen - with valid visas could travel to the U.S. The decision led to tearful reunions at airports round the country.

The ban was set to expire in 90 days, meaning it could run its course before the Supreme Court would take up the issue. The administration also could change the order, including changing its scope or duration. 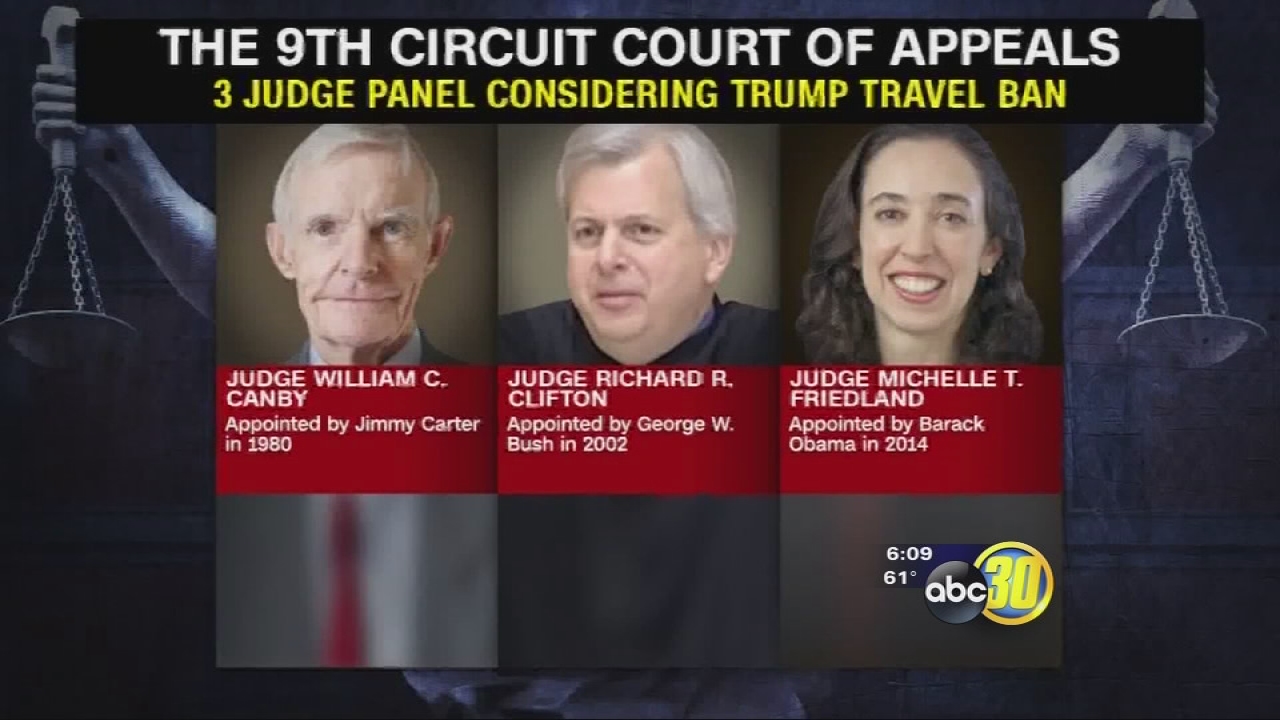 Question of whether President Trump's temporary travel ban should be restored not yet settled
The three judge panel seemed impatient at times with the Justice Department lawyers claim that travellers from seven predominantly Muslim countries with US visas should be immediately banned from entering the United States.
Related topics:
politics9th u.s. circuit court of appealsu.s. & worldpresident donald trump
Copyright © 2020 by The Associated Press. All Rights Reserved.
U.S. & WORLD 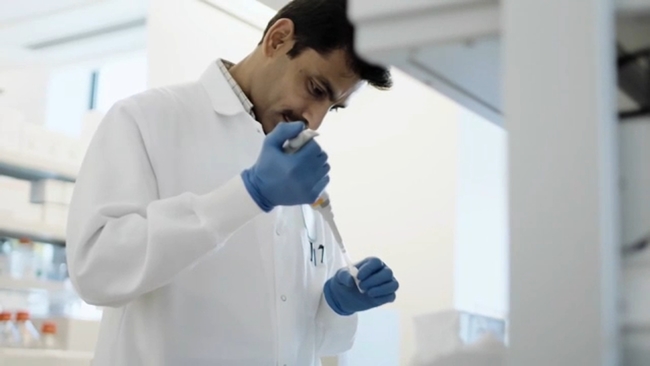 1st COVID-19 vaccine tested in US poised for final testing