Source: Some Giants fear Madison Bumgarner could miss 2-plus months 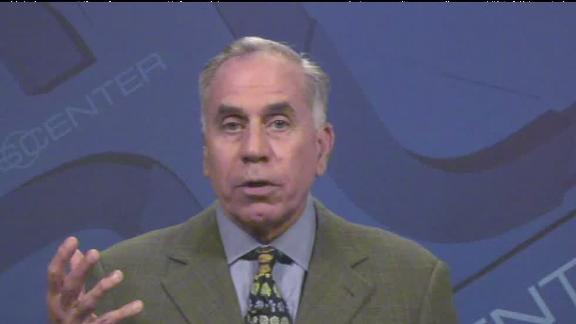 San Francisco Giantsace Madison Bumgarnerwas placed on the disabled list for the first time in his career after suffering injuries to his ribs and throwing shoulder in a dirt bike accident, the team announced Friday.

Bumgarner, who has led the Giants to three World Series titles, suffered bruised ribs and a Grade 1 or 2 sprain of the AC joint in his left shoulder in the accident, which happened during the team's off day in Denver on Thursday.

The Giants have no set timetable for Bumgarner's return, saying only that he's out of the hospital, resting at the team hotel and will be reevaluated next week. San Francisco is in Denver for a series against the Rockies.

However, a source told ESPN's Buster Olney that while the Giants will get more info on Bumgarner in the days ahead, there is concern within the organization that the injury will sideline him longer than two months.

Bumgarner is not expected to address the injury until the Giants return home from their trip Monday. Giants manager Bruce Bochy said he spoke to the left-hander before heading to the ballpark Friday.

"Here's a young guy, like a lot of us who think we're invincible, he's just having fun that day, hit a slippery spot and went down," Bochy said."I'm sure, looking at it now, Madison wishes he wouldn't have gotten on [the bike]. He was very remorseful in talking to him. Unfortunately, an accident happened."

According to ESPN's Stephania Bell, this type of shoulder injury should heal with rest and rehab. It is likely that Bumgarner will need multiple weeks of recovery and potentially a rehab start or two before he's able to rejoin the Giants' rotation, according to Bell.

"I think the main thing is, you have to be grateful he's not hurt worse than he is," Giants catcherBuster Poseysaid. "I don't know the timetable. I'm not sure anybody does. Just thankful he's not hurt any worse."

Count pitching coach Dave Righetti as not the biggest fan of days off.

"Off days are the freaking worst," Righetti said. "We don't get many, and when we do, guys tend to want to go do those things that they're missing out on. Things like this do happen, unfortunately."

In four starts this season, the 27-year-old Bumgarner is 0-3 with a 3.00 ERA and 28 strikeouts. He has received just five total runs of support in his first four starts, including one run or none in three of them. Two of those runs came as a result of Bumgarner becoming the first pitcher in major league history to hit two home runs on Opening Day.

"We ought to just look forward and go out and play hard baseball, and hopefully he'll be back before too long," Posey said.

According to ESPN Stats & Information, since Bumgarner was called up to the major leagues for good on June 26, 2010, no pitcher has made more starts, pitched more innings or recorded more outs than he -- with only three throwing more pitches.

The Giants have leaned on their starters heavily this season, as the rotation has pitched more innings (100 1/3) than any other in the majors. The team, however, has gotten off to a slow start at 6-10 -- the worst mark in the National League West through Thursday's games.

Bumgarner was scheduled to pitch against the Dodgers' Clayton Kershaw on Tuesday.

"Our focus is more on 'let's get him healthy.' It's happened, let's get him well and get him back on the mound," Bochy said. "Hopefully it's a lesson learned throughout our club, really, throughout all these athletes in sports. You gotta be careful in some of these activities you do."

One option to replace Bumgarner in the rotation is Tyler Beede, who is ranked No. 47 on anupdated top 100 prospects listby ESPN Insider Keith Law. Beede has a 3.78 ERA across 16 2/3 innings for Triple-A Sacramento, and his last start was April 19 -- the same day Bumgarner made his last start.

The Giants have called up right-handerChris Strattonfrom Triple-A Sacramento to take Bumgarner's spot on the roster.

Kurkjian on Bumgarner's injury: 'Really bad'
Tim Kurkjian says the Giants can't replace Madison Bumgarner for the two months that he'll be out. 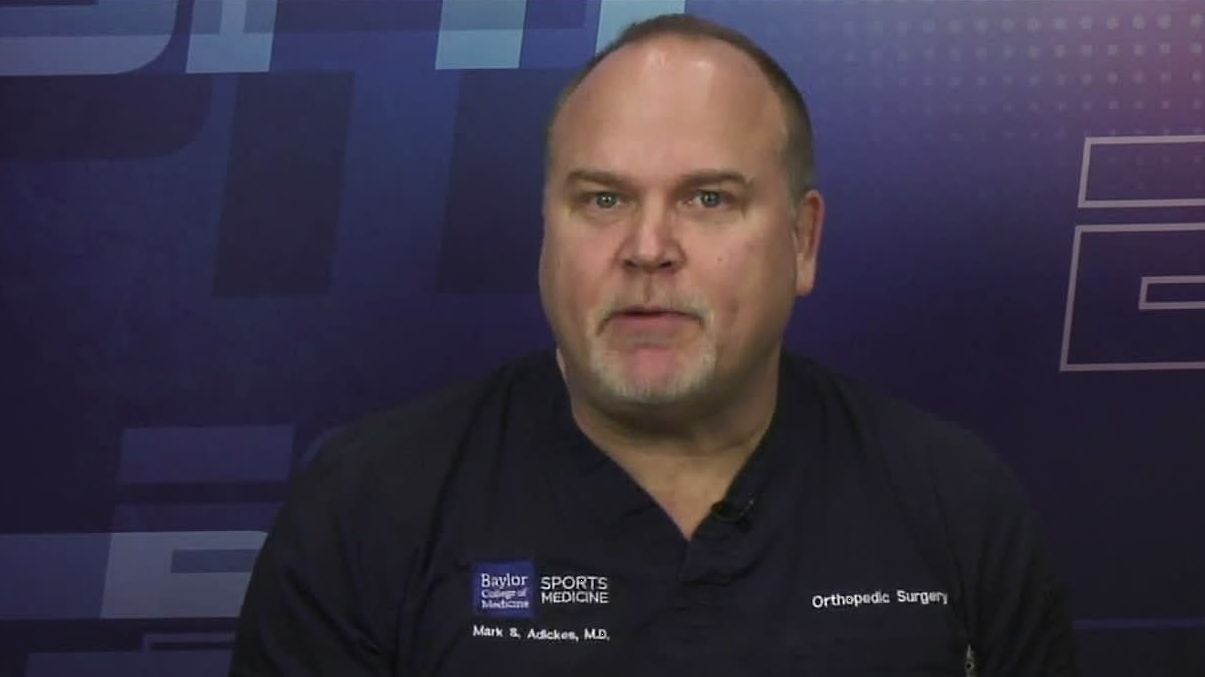 What is the timetable for Bumgarner's return?
Dr. Mark Adickes anticipates a six-week absence for Madison Bumgarner who was placed on the DL after a dirt bike accident.