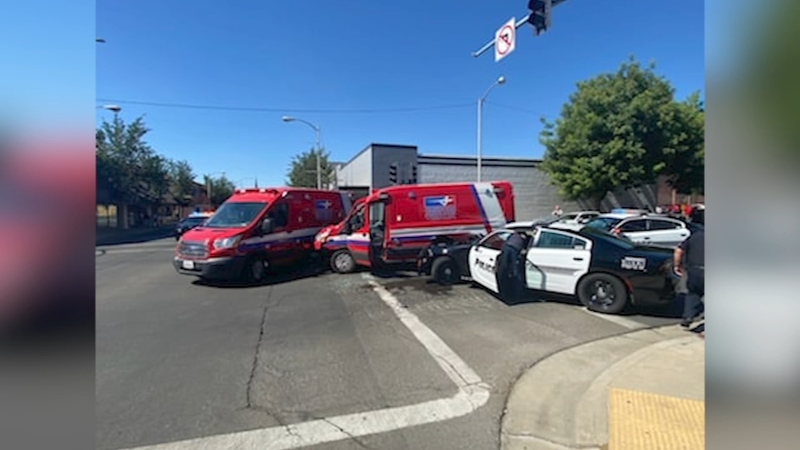 VISALIA, Calif. (KFSN) -- A stolen ambulance chase in Visalia ended with a crash that injured the suspect and an officer.

Visalia police were called to Noble near Tipton around 3:30 Monday afternoon to help EMS personnel who were at a medical aide call.

They told officers a female suspect stole the American Ambulance they were in and drove away.

That led to a pursuit, which ended at Acequia and Locust after a multi-car collision.

The suspect was arrested and taken to Kaweah Health.

One Visalia police officer was also taken to the hospital but is expected to recover.