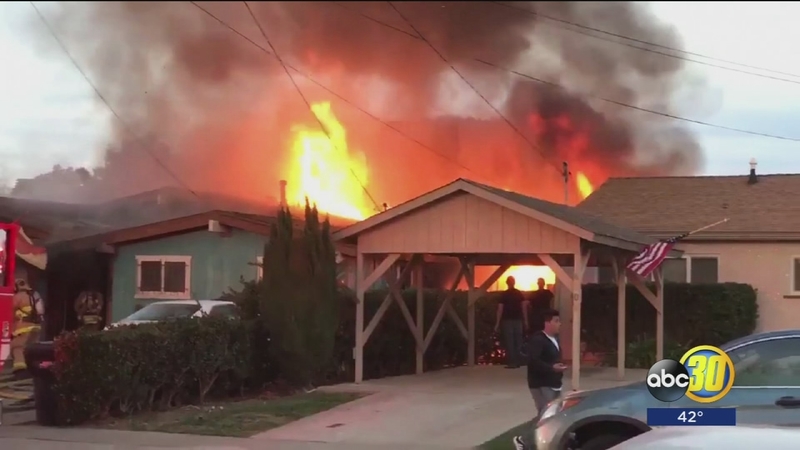 San Diego Fire Department officials said crews were at the scene of a small plane that crashed into the back of a home in the 6000 block of Chandler Drive, about a 1/2 mile from the Montgomery-Gibbs Executive Airport, where the plane had taken off.

The wreck occurred at about 4:30 p.m. in San Diego's Clairemont neighborhood.

Authorities said at an afternoon press conference two of the four people on board were killed in the crash. The two survivors were transported to a nearby hospital with burn injuries.

Witnesses said the plane had some sort of engine trouble before crashing.

Authorities searched the residence and did not find anyone inside, officials said, and the fire has been put out.