The suspects are said to be men in their twenties and no injuries were reported in either arrest.
KFSN 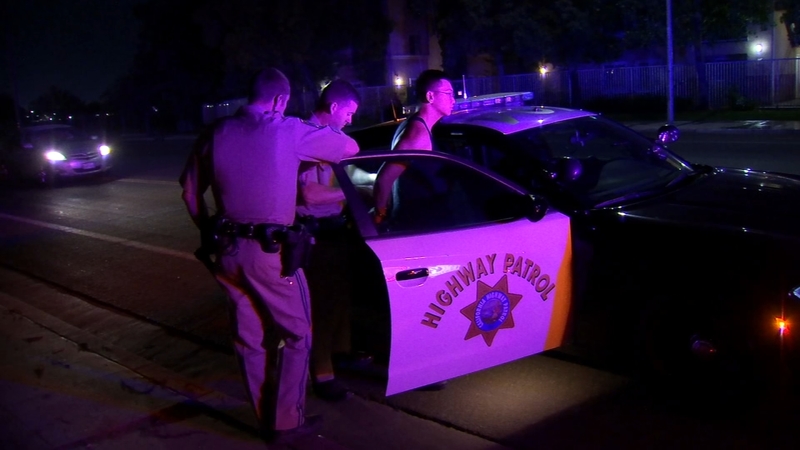 FRESNO, Calif. (KFSN) -- A team of highway patrol officers worked together to arrest a pair of street racing suspects in Fresno on Sunday morning.

Officers say they found the two drivers speeding in the area of Dickinson and Muscat around midnight.

Both drivers sped off when officers tried pulling them over.

When one of those drivers continued to go at dangerous speeds, officers called off the pursuit.

"It's quite dangerous which is why the CHP shut their lights off, hoping that he would slow down to a somewhat safer speed. The helicopter was overhead, but he elected to keep driving through neighborhoods at a high rate of speed," said Sgt. Garrett Peck.

Officers eventually arrested that runaway driver near Church and MLK in southwest Fresno.

Investigators say that's where the driver pulled over and tried running away from officers.

The other racing suspect was arrested after a short chase.

The suspects are said to be men in their twenties and no injuries were reported in either arrest.