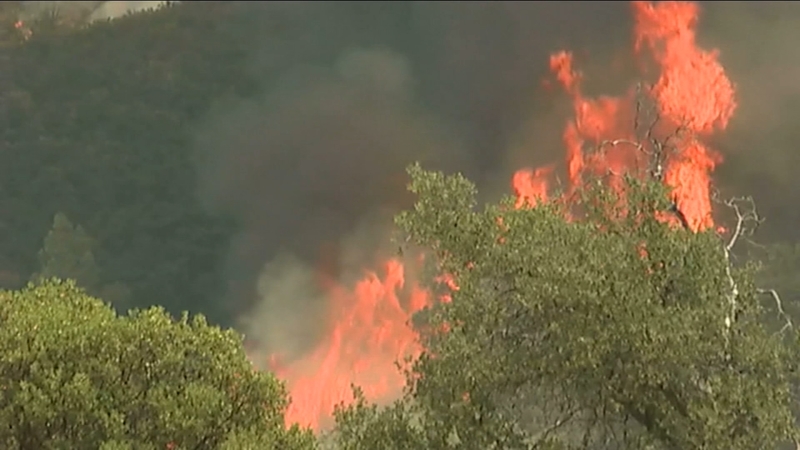 FRESNO, Calif. (KFSN) -- Twenty different fires continued to burn around the state and with the peak of fire season still to come, the outlook in California could worsen.

The devastating impact of a wildfire can be measured in acres burned, the number of lives lost, the number of structures burned. But experts described a troubling trend where factors have long been identified but solutions have been difficult to reach.

They burn in different parts of the state but the Mendocino Complex, Carr and Ferguson fires in and around Yosemite have charred the California landscape.

Fire Historian Stephen Pyne said, "Climate is certainly a factor. It's an accelerant."

Pyne is an Arizona State professor. He said the number of people moving to the mountains has also complicated fire-fighting efforts.

Pyne explained, "It was given a name, kind of a geeky name. Wildland urban interface but it's really describing kind of a massive recolonization of America's rural landscapes by urbanites."

Research Analyst Kelly Pohl of Headwaters Economics said it is the fastest-growing land use type in the country so more fire-resistant home-building measures need to be taken.

Pohl said, "It's troubling and I think the part that concerns us the most is that we're building more and more homes in areas that are fire-prone."

Fire season lasts until October so this year, with over 958,000 acres already burned was expected to be one of the state's most destructive.

Pohl said, "All of the numbers are increasing. The number of fires, the length of actual fires, how long it takes to put them out and the fire season is getting longer."

We have heard calls for increased forest management through controlled burns and thinning.

Our local mountains are full of dead trees killed off by drought and the bark beetle.

Pyne said a social and political consensus over solutions has been impossible to reach. "There's all different kinds of things we can do but fundamentally we have been unable to have even a coherent discussion of it."