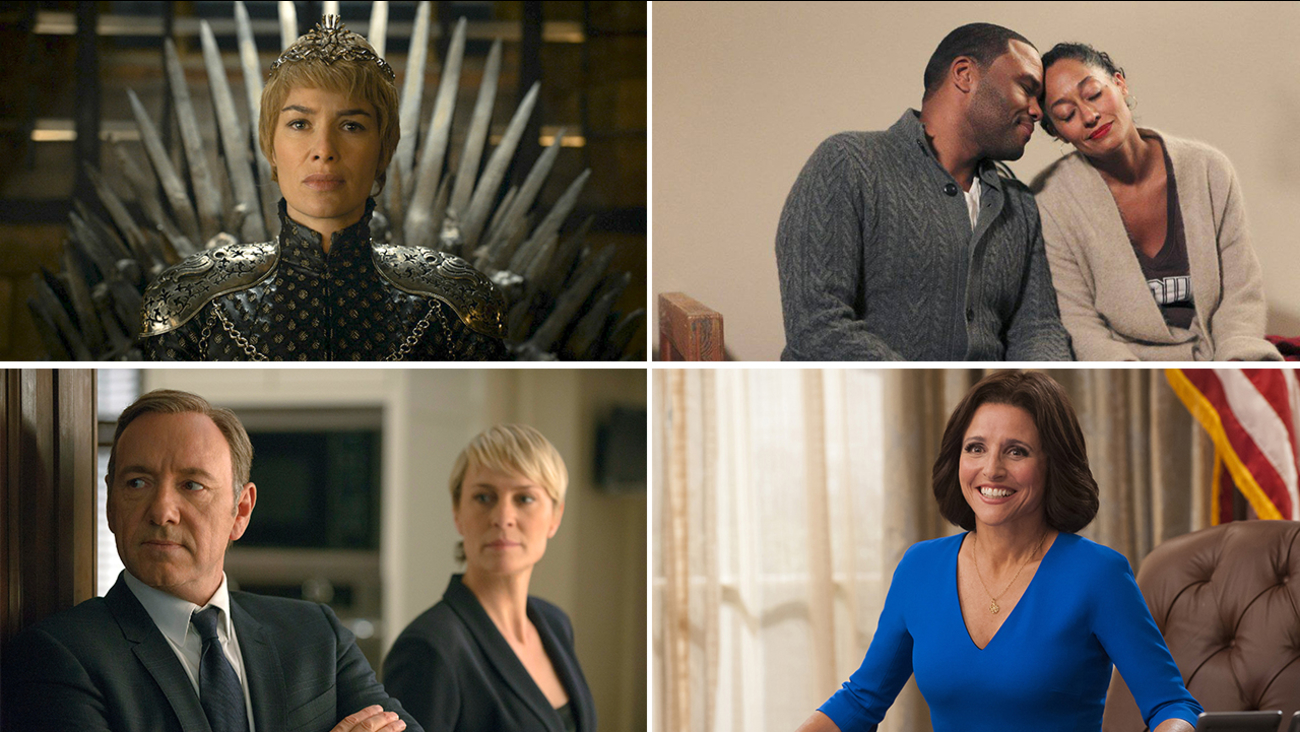 "Game of Thrones," "Black-ish," "House of Cards" and "Veep" were among the shows to get Emmy nominations this year. (AP Photo | ABC/Facebook)

LOS ANGELES -- All eyes will be on a number of heralded television favorites as they vie against some popular newcomers Sunday at the 68th primetime Emmy Awards.

With Jimmy Kimmel as host, viewers will learn whether "Game of Thrones" will repeat as winner in the outstanding drama series category, or if TV academy voters will crown "Downton Abbey," "House of Cards," "The Americans," "Mr. Robot," "Homeland" or "Better Call Saul." The ceremony begins at 5 p.m. PDT on ABC.

Perhaps not surprisingly, "Game of Thrones" this year again racked up the most nominations, with 23. Meanwhile, the limited series "The People v. O.J. Simpson: American Crime Story" and "Fargo" received 22 nominations and 18 nods, respectively.

Kevin Spacey and Robin Wright, the nominated stars of "House of Cards," are seeking their first major Emmy wins, as is the Netflix original show.

In the outstanding comedy series category, the reigning "Veep" will attempt to fend off challenges from "Unbreakable Kimmy Schmidt," "Black-ish," "Transparent," "Modern Family," "Silicon Valley" and "Master of None."

An Emmy award for "Veep" star Julia Louis-Dreyfus, who portrays vice-president-turned-president, would be her fifth best comedy actress win.

"Television dominates the entertainment conversation and is enjoying the most spectacular run in its history through breakthrough creativity, emerging platforms and dynamic new opportunities for our industry's storytellers," said Bruce Rosenblum, chairman and CEO of the TV academy.