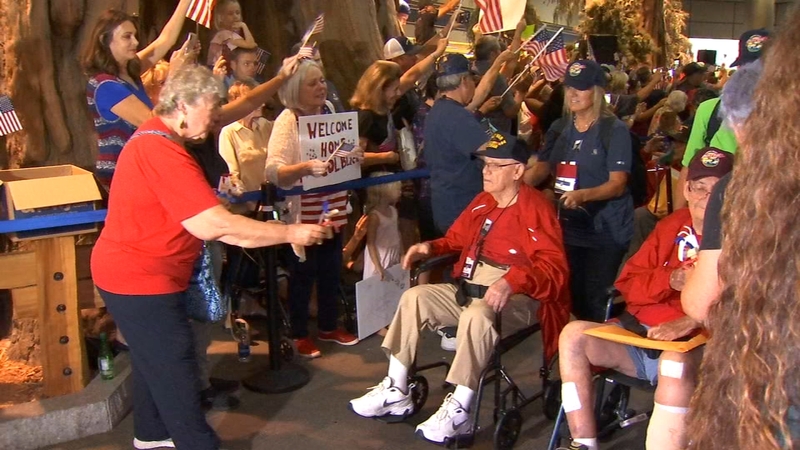 Through a sea of waving flags and cheers, nearly 70 Central Valley residents are back in Fresno after a trip of a lifetime.

"I tell you, whoever set that up, is perfect," said veteran Wayne Ensz.

Families, friends and even others who've served were there to greet the veterans arriving from the 20th Central Valley Honor Flight on Thursday.

Jerry Riggs was one of the many veterans who left Tuesday to Washington D.C.

Throughout the trip, he carried a special memento - a flag he folded up before he went to serve in Vietnam.

"It has not been unfolded in 56 years. They announced Kennedy was assassinated...I had breakfast and was sent to Vietnam," he said.

He took that flag to the Vietnam War memorial, as well as the Arlington National Cemetery, sharing the healing experience with other Valley veterans

"Doesn't matter the war, they stepped up for their country," Riggs said.

As the trip came to a close, folks lined the lobby of Fresno International Airport.

Former Fresno State quarterback Marcus McMaryion was also there to greet the veterans as they arrived.

"It's my first time here, and seeing the cheerleaders the band, it's really amazing," said McMaryion.

For Riggs, it was an experience he'll never forget as he continues to heal - his flag always by his side.