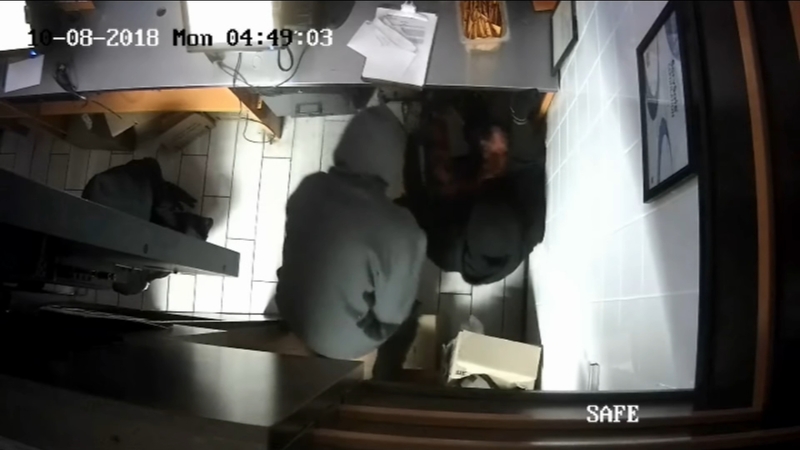 FRESNO, Calif. (KFSN) -- The search is far from over for a gang of pizza restaurant burglars.

They're responsible for a series of Fresno-area smash and grabs.

Fresno Police announced the arrest of two teenagers Tuesday but officers say at least two more suspects were involved in the string of 21 burglaries stretching from Chowchilla to Kerman.

Videos show the suspects get in and out in less than a minute.

Breaking, prying, ultimately stealing the livelihoods of restaurant owners across the Valley.

"Glass everyone, there was a lot of commotion, receipts all over the place from where they pulled the safe and took it out," said Firehouse Subs owner Eric Caldwell.

'Firehouse Subs' one of the 21 restaurants this masked crew has targeted in the last month.

Marks can still be seen on the ground where the men dragged out his safe.

In surveillance videos from Little Caesars, they also hit, you can see two men wrestle the safe with a crowbar, while third is on a radio, likely using it to listen to a police scanner.

"They knew how to avoid the motion detectors and get to the back without anything going off, so we saw them leaving, not going in," Caldwell said.

Two of the suspects' luck ran out when they were pulled over for a traffic stop on the Oct. 15.

An officer matched the driver as the burglar seen in the surveillance video.

"Based on the clothing description, they were able to follow up and identify two locations where they believe suspects may be," said Fresno Police Chief Jerry Dyer.

His safe was bolted down, but the thieves were still able to steal it.

Luckily, he regularly deposits the money inside.

So far, no money has has been recvoered.
Report a correction or typo
Related topics:
fresno countyburglaryarrestbreak in
Copyright © 2021 KFSN-TV. All Rights Reserved.
BURGLARY 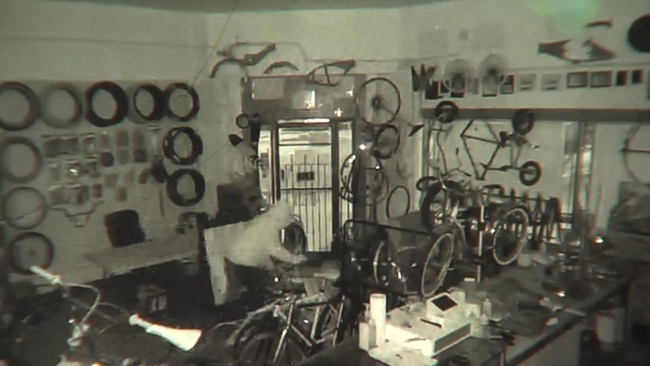 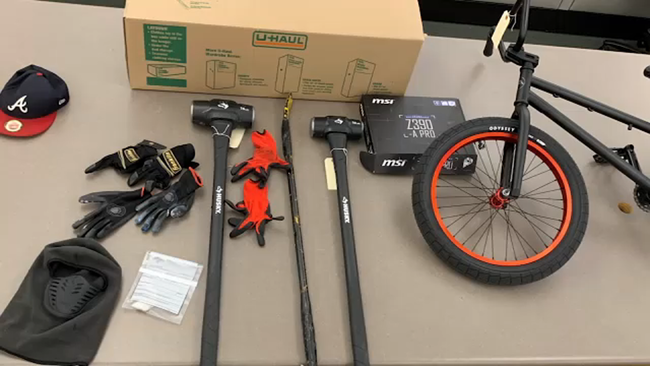