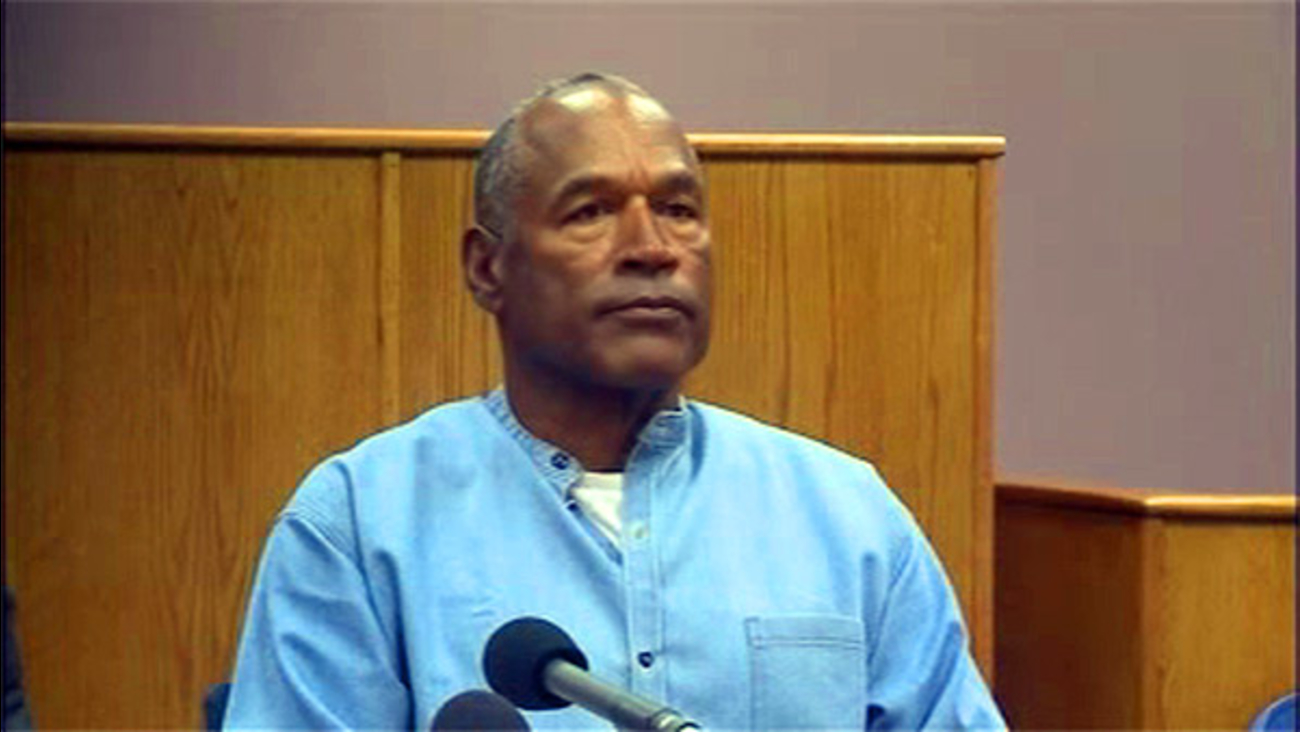 LOVELOCK, Nev. -- O.J. Simpson will be paroled after serving nine years in prison for a botched bid to retrieve sports memorabilia in Las Vegas.

A Nevada parole board decided Thursday that the 70-year-old former football, TV and movie star will be released in October after serving his minimum term for armed robbery and assault with a weapon.

Four parole commissioners in Carson City questioned Simpson by videoconference from the Lovelock Correctional Center in rural Nevada. He has been held there since he was convicted in 2008.

The conviction came 13 years to the day after he was acquitted of murder in 1995 in the deaths of his ex-wife and her friend in Los Angeles.
Report a correction or typo
Related topics:
courtcourt caseu.s. & world
Copyright © 2020 by The Associated Press. All Rights Reserved.
U.S. & WORLD