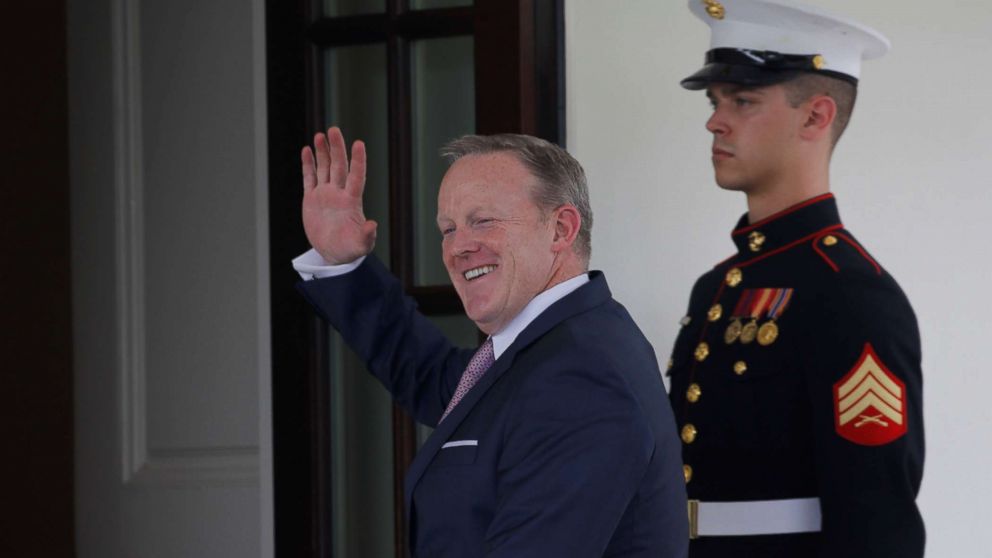 Sean Spicer is feeling "relieved" in the wake of his resignation as the White House press secretary, he told ABC News Friday afternoon.

When asked how he's feeling, he said: "How do I look like I'm feeling? Relieved."

The reason for his departure?

Spicer, 45, confirmed that President Donald Trump asked him to stay on.

It's no secret in the White House that Spicer's departure was in the works. He said a new vision brought on to the communications team solidified his decision to leave.

Spicer said that his departure allows White House communications director Anthony Scaramucci, whose role was announced this morning, and Sarah Huckabee Sanders, who will be taking over as press secretary, to "have a clean slate."

The former presidential spokesman reiterated the viewpoint in an interview with Fox News Friday, expressing that additions to the staff could've created confusion.

"I just thought it was in the best interest of our communications department, of our press organization to not have too many cooks in the kitchen," he said.

Spicer would not comment on his next steps or any formal plans to ABC News.

"I look forward to spending a lot of time with my family," Spicer said.

He reiterated these comments in an appearance on Fox News' "Hannity" on Friday, and spoke about how President Trump did not want him to resign.

"He's been very gracious throughout this process," Spicer told Sean Hannity. "[Trump], after some back-and-forth, understood that the offer that I was making was something that was in the best interest of the administration. I thanked him for the opportunity, and I'm looking forward to watching Anthony and Sarah do a tremendous job."

Spicer initially confirmed his departure on Twitter over an hour after the news broke, writing, "It's been an honor & a privilege to serve @POTUS @realDonaldTrump & this amazing country. I will continue my service through August."

Trump responded on Friday night to the resignation on Twitter, saying Spicer is "a wonderful person who took tremendous abuse from the Fake News Media - but his future is bright!"

Earlier on Friday, Sanders read a statement from Trump at the press briefing this afternoon.

"I am grateful for Sean's work on behalf of my administration and the American people. I wish him continued success as he moves on to pursue new opportunities. Just look at his great television ratings," Trump said in the statement.

Spicer has spent much less time in the briefing room in recent weeks, with Sanders handling more of the daily briefings.

Spicer did brief the press off camera on Monday of this week, and that was his first time doing so in three weeks.

Spicer worked as the communications director for the Republican National Committee before being named as Trump's press secretary during the transition.

His tenure got off to a rocky start when he made his first appearance in the White House briefing room the day after Trump took office and read a statement to the press about the size of the crowd at the inauguration.