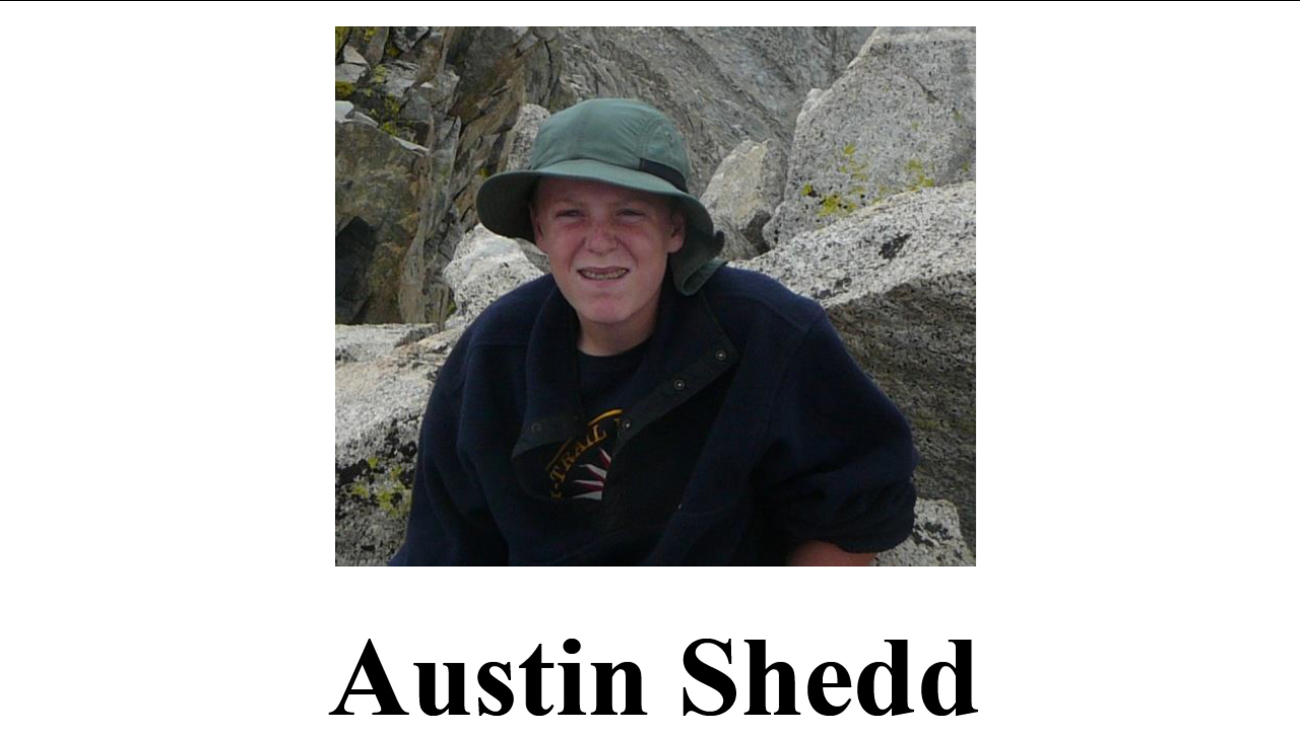 Authorities say Austin Shedd of Carlsbad and Mammoth Lakes was located by a trail crew around 9:30 p.m. Monday. They say he will stay overnight in the wilderness with the trail crew until a rescue flight can take place on Tuesday.

Shedd became separated from his hiking party while in the Arrow Peak area of the park on Sunday, according to officials. He was reported missing around 2 a.m. Monday.

The teenager originally left Taboose Pass in the Inyo National Forest and was headed to Bench Lake and Arrow Peak in Kings Canyon National Park, officials said. The hiking party planned to exit via the same route.

No other details were immediately available.